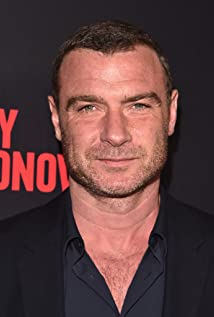 Liev (pronounced Lee-ev) Schreiber was born in San Francisco. His mother, Heather (Milgram), is a painter, and his father, Tell Schreiber (Tell Carroll Schreiber III), is a theatrical actor who had a small role in The Keeper (1976). His mother is from a working-class Jewish family from Poland and Russia, while his father is from an upper-class Protestant family. His parents moved the family to Canada when Liev was one, and divorced when he was five. He and his mother moved to New York, where she drove a cab. During that time, they lived as squatters in abandoned buildings. His mother taught him to read, and she also forbade him from seeing color movies. He grew up seeing silent and black & white movies at a local revival house and particularly enjoyed those of Charles Chaplin. His mother now lives in an ashram in Virginia. He began acting at Hampshire College and continued at the Yale University School of Drama in 1992. He originally wanted to be a playwright, but his teacher encouraged him to become an actor.

The Many Lives of Nick Buoniconti

Inside the Manson Cult: The Lost Tapes