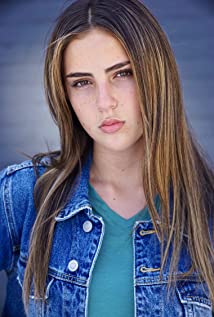 Alexa Kolker, who goes by Lexy, was born on August 17, 2009 and is already making waves in the entertainment industry. She was introduced to acting as a toddler by her older sister Ava Kolker.Lexy is best known for her work on the USA network action thriller, "Shooter" playing Mary Swagger, the daughter of Ryan Phillippe and Shantel VanSanten for its 3 seasons and running. Shooter has brought Lexy a lot of media attention for her acting and even led to her being nominated for the 2017 Young Entertainment Awards for Best Recurring Young Actress 9 and Under in a Television Series.In March 2017, Lexy traveled to South Africa to shoot a major Guest Star role on the CW pilot, "Searchers" where she played a fanciful girl named Fable, at the age of 8. Most recently, Lexy filmed an arc of 6 episodes in the popular series Marvel's Agents of Shield where she plays a seer.Lexy has also played strong roles in five indie films including two lead roles. Her first lead role came at the tender age of 6 in an emotional film about the 911 aftermath in "Our Little Secret", which premiered in official competition at the Tallin Black Nights Film Festival and was also selected to screen at the Moscow Film Festival.She then had strong supporting roles in "Female Fight Squad", directed by Miguel A. Ferrer, opposite Amy Johnston, Sean Faris and Dolph Lundgren, "You", "The Case of Jonas Booker" and "A Little Mermaid" due to be released August of 2018 where she is told a new version of the fairy tale, 'The Little Mermaid' by her grandmother, played by Shirley MacLaine.Lexy will next be seen in "Freaks" directed by Zach Lipovsky and Adam B. Stein, which tells the story of a little girl who discovers a world she was never allowed to be a part of. Freaks was selected to premiere at the Toronto Film Festival in 2018.Outside of film and television acting, Lexy loves to sing and perform live. Even at her tender age, Lexy has performed roles for Peter Pan, Hairspray, Aladdin Jr., Seussical the musical, The Little Mermaid and The Lion King in her community theatre and has even earned a "Tony Award" for her performances.She has already developed a loyal fan following on all the major social media sites and makes charity event appearances along with her sister, Ava. Lexy's fans are all excited to see what else is in store for this passionate child actress.