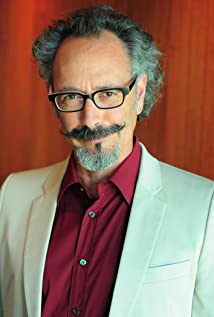 After earning dual Bachelor's Degrees in Political Science and Communication Arts from the University of Wisconsin-Madison, and a Master's Degree in Film Production from The University of Texas at Austin, Spiro broke in to directing with his award-winning feature short The Convict, based on a short story by James Lee Burke. After writing and directing several feature films for Roger Corman's Concorde/New Horizons, he began directing episodes, pilots and features for television.In the past decade, Mr. Spiro has directed many one hour drama and half hour single-camera comedy pilots and episodes for both network and cable. Episodic television work includes multiple episodes of the acclaimed series Weeds (2005), Arrested Development (2003), Ugly Betty (2006), Everybody Hates Chris (2005), The O.C. (2003), Gilmore Girls (2000) and many more. Original television pilots include the single camera comedy Do Over (2002) and the drama Summerland (2004) for the WB network, The Jersey (1999) for the Disney Channel, and the pilot for Jonas (2009).In 2008, Spiro directed the action/comedy feature Minutemen (2008), which was nominated by the Director's Guild for Outstanding Directorial Achievement in Children's Programs. The following year he directed the film Wizards of Waverly Place: The Movie (2009), which was the highest rated program on cable in 2009, and won the Emmy Award for Outstanding Children's Program.Spiro lives and works in Los Angeles with his wife, screenwriter Melissa Rosenberg, and their dog Zuma.

Back in the Game