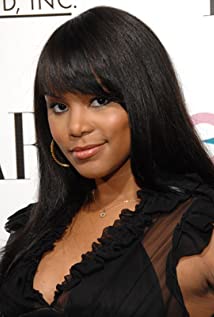 LeToya Nicole Luckett-Walker (née Luckett; born March 11, 1981) is a two-time Grammy Award-winning American R&B singer-songwriter and entrepreneur. She is an original member of the R&B group, Destiny's Child, and has since pursued a successful solo career, topped the U.S. Billboard 200 albums chart and has been certified platinum by the RIAA.Luckett was born in Houston, Texas and grew up singing in her local church, Brentwood Baptist Church. Her father, a singer, spread the word of his daughter's talent. Luckett had the opportunity to sing her first church solo at the age of five. "The lady just gave me the mic one Sunday and I sang", she recalls. Shortly thereafter, she joined the children's choir and began performing in plays at her elementary school, where she met Beyoncé.In 1993, Luckett joined the group, Destiny's Child alongside Knowles, Kelly Rowland and LaTavia Roberson. Graduating from the Houston club scene, the group began opening for such acts as Dru Hill, S.W.V. and Immature. Columbia Records signed Destiny's Child in 1997.In 1998, Destiny's Child released their self-titled debut album, "Destiny's Child", which included the singles "No, No, No" featuring Wyclef Jean and "With Me". They were also featured on the "Why Do Fools Fall in Love" soundtrack with the song, "Get on the Bus", featuring Timbaland (aka Timbaland), which was released as a single in Europe. "Destiny's Child" toured as an opening act on TLC's "Fanmail Tour" and Christina Aguilera's debut tour.In 1999, "Destiny's Child" released their sophomore album, "The Writing's on the Wall". It became one of the biggest selling albums released by a female group and was certified eight-times platinum in the U.S. The album included four hit singles, "Bills, Bills, Bills", "Bug a Boo", "Say My Name" and "Jumpin' Jumpin'".During 2000, in the midst of the success of "The Writing's on the Wall", Luckett and fellow member LaTavia Roberson tried to make a break with their manager by writing a letter stating "they wanted an additional business manager since they felt they were losing communication with Mathew Knowles (Beyoncé' father)". The pair said at the time they were only looking to secure outside management, but they soon found themselves on the outs with the Knowles family. When the "Say My Name" music video debuted in February 2000, they were shocked to find themselves replaced by two new members, Michelle Williams and Farrah Franklin.After several months of media speculation, LeToya and LaTavia Roberson began auditioning young women for a new female R&B quartet. Naty Quinones and Tiffany Beaudoin made the cut. The group, "Anjel", recorded a 22-song demo in Atlanta. The production company which handled the group fell through and all the members of "Anjel" went their separate ways.In 2003, Luckett decided to pursue a solo career and signed with Capitol Records. She immediately began working on her debut solo album and, in 2004, she released her first track, "You Got What I Need", a promo single available exclusively on vinyl.Her self-titled debut album, "LeToya", was released on July 25, 2006.On the issue dated August 12, 2006, Luckett's debut album, "LeToya", debuted at number one on the U.S. Billboard 200. As of December 2006, the album had been certified platinum, having shipped over 1,000,000 copies.Her official first single, "Torn", was a ballad produced by Teddy Bishop. The song has reached number two on Billboard magazine's Hot R&B/Hip-Hop Songs chart, number thirty-one on the Billboard Hot 100 chart, number one on BET's 106 & Park countdown, and also number one on Urban Mediabase. Her second single, "She Don't", premiered on BET's "Access Granted" in July 2006 and was a moderate success reaching number seventeen on the Hot R&B/Hip-Hop Songs.