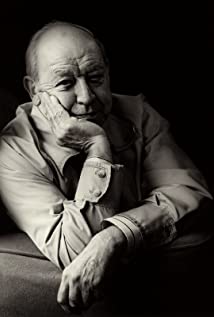 Leslie Norman began his career as a 14-year-old in the laboratories and editorial rooms of Warner Brothers Teddington Studios. He worked his way up from sweeping cutting-room floors to supervising editor and then assistant director. After military service he joined Ealing, where he became involved in their Australian operation. Norman's first major credit was as supervising editor of the classic outback drama about wartime cattle droving, The Overlanders (1946), starring Chips Rafferty. Back in Britain he worked on The Life and Adventures of Nicholas Nickleby (1947) and Frieda (1947), before resuming his fruitful association with "Overlanders" director Harry Watt as producer of Watt's African and Australian "true-life" adventure dramas, including the Technicolor Ivory Hunter (1951) (which he also co-wrote) and West of Zanzibar (1954). Norman then produced one of the classic British war dramas of the 1950s, an epic story of Atlantic convoy duty during World War II, The Cruel Sea (1953). The picture made a major star out of its lead, Jack Hawkins.By 1955 Norman was directing his own films, beginning with the suspenser The Night My Number Came Up (1955), followed by a well-observed Australian-set character drama, The Shiralee (1957); and even a rather well-received sci-fi drama, X the Unknown (1956) (which he took over from exiled American director Joseph Losey). He also turned out the stiff-upper-lip wartime epic Dunkirk (1958), which was Ealing's most expensive venture to date. What to do with a captured Japanese prisoner in the Malayan jungle was the theme occupying Norman's last notable directorial effort, Jungle Fighters (1961). He elicited some excellent performances from his cast (including Laurence Harvey and Richard Todd) in what was an absorbing character study of clashing personalities.Norman, ever versatile, turned his hand to directing episodic television during the 1960s and 1970s, with particular emphasis on cult action series, such as The Saint (1962), The Baron (1966), Department S (1969) and The Persuaders! (1971).

The Night My Number Came Up