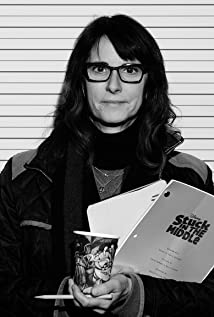 Leslie's NY theater background as an actress, producer, director serves the various roles in her diverse career. Most recently she served as Producing Director for Season 1 of roller-skating themed "Saturdays" filmed in Chicago. Leslie is equally versed in single and multi camera formats directing such series as First Wives Club (2019) as well as Last Man Standing (2011) starring Tim Allen. Her work as an Executive Producer earned her an Emmy Nomination for CBS's The Carol Burnett 50th Anniversary Special (2017) which garnered over 17 million viewers. As President of George Lopez's company, she developed, sold and produced multiple projects including the award winning theatrical feature Spare Parts (2015) for LionsGate with George Lopez, Marisa Tomei, and Jamie Lee Curtis. Earlier in her career, as Vice President of Alternative Comedy and Late Night at FOX Network she discovered and developed Seth MacFarlane's Family Guy (1999) as well as other seminal series such as late night's MADtv (1995) that ran for 14 seasons. And, according to the cover of TV Guide, the Best Pilot Never Seen starring Jack Black and Owen Wilson and directed by Ben Stiller. Heat Vision and Jack (1999). Leslie's early years were shaped by her work at MTV Networks in New York and LA, where development, producing, and directing were just a swap of the hat. She lives in Los Angeles with her writer husband Adam Small and canine crew.