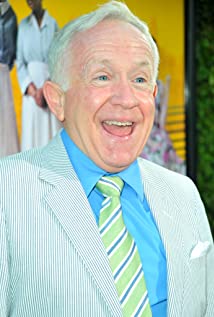 For such a diminutive (4' 11") frame, character actor Leslie Jordan has a tall propensity for scene-stealing. He hails from the South, as his dead-giveaway drawl quickly exposes, and was raised in a highly conservative, deeply religious atmosphere in Chattanooga, Tennessee. His father, a Lieutenant Colonel with the Army, was killed in a plane crash when he was only 11. Uncertain about his direction in life, an inescapable talent for high camp, not to mention an impish mug and pocket-sized structure ideal for commercials, must have inspired Leslie enough to risk taking on Hollywood in 1982. Following training with acting coach Carolyn Barry, who ran the Professional Artist's Group during the 80s, he became highly marketable in commercial spots. TV would invariably be the next step. In the midst of it all he involved himself deeply in writing. Avid L.A. theatergoers will probably recognize him for such prone-to-misfit characters as Brother Boy, an institutionalized drag queen, in "Sordid Lives," and Peanut, a habitual barfly, in "Southern Baptist Sissies." His own one-man testimonials, such as the off-Broadway "Hysterical Blindness" and the more recent "Like a Dog on Linoleum," show an actor quite adept at baring his soul and exposing his childhood agonies on stage amidst laughter and tears. These shows came at a price, however. A self-proclaimed substance abuser and sexaholic, Jordan spent jail time more than once for DUI before facing his inner demons and reaching full recovery (since 1996). In the end he has reaped the rewards of comedy success. In lowbudget film projects since 1988, he has been part of such off-the-wall material as Frankenstein General Hospital (1988), Black Velvet Pantsuit (1995) and Farm Sluts (2003), to name a few. He has also experienced the joy of seeing one of his own writing projects come to full fruition with the film Lost in the Pershing Point Hotel (2000). He was also given the chance to recreate his Big Brother role in Sordid Lives (2000) to the big screen. TV has been an exceptionally inviting medium over the years with a number of fun, flouncy roles coming his way. Noted for his catchy guest work on "Murphy Brown" and "Lois & Clark," among others, he was also a series regular on Reasonable Doubts (1991) and Hearts Afire (1992). These days Leslie has a wonderfully wicked recurring role as a (very) small thorn in Megan Mullally's side on the popular Will & Grace (1998) sitcom. Playing the snide, mincing and unconvincingly homophobic hanger-on Beverley Leslie, the actor plays the hilarity up for all its worth. At other times his loser types have proved quite touching, if pathetic, in offbeat drama.