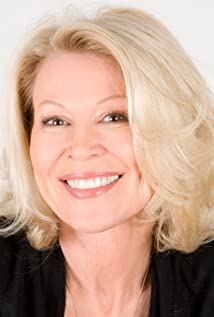 Leslie Easterbrook is an American actress from Los Angeles, California. She has had a decades-long career, but she is mostly remembered for the role of the tough training instructor Debbie Callahan in the "Police Academy" movie series (1984-1994). She appeared in six of the series' seven films, and Callahan was considered among the series' most memorable characters. Easterbrook has also appeared in several horror films.On July 29, 1949, Easterbrook was born in Los Angeles. At the age of 9 months, she was adopted by the Easterbrook family. Her adoptive father Carl Easterbrook worked as a music professor. Her adoptive mother Helen worked as an English teacher at the University of Nebraska at Kearney, a public university located at the small city of Kearney, Nebraska. The city was incorporated in 1873, and named after the nearby historic outpost Fort Kearny.Easterbrook was primarily raised in the small village of Arcadia, Nebraska. In 1950, Arcadia had a population of 574 people. Easterbrook received her secondary education at Kearney High School, a public high school located in Kearney. She received her tertiary education at Stephens College, a private women's college located in Columbia, Missouri. Stephens had a distinguished Drama Department, which had initially won its fame under the leadership of the actress Maude Adams (1872-1953).Easterbrook decided to follow an acting career, but she was fairly obscure during the 1970s. She gained her first major television role in 1980, when cast in the role of aspiring actress Rhonda Lee in the sitcom Laverne & Shirley (1976). She was a regular in the sixth, seventh, and eighth seasons of the sitcom. Rhonda was depicted as a vain woman, who spoke of herself in the third person. She liked to brag about her successful love life to her neighbors Laverne DeFazio (Penny Marshall) and Shirley Feeney (Cindy Williams).Easterbrook was cast in her first major film role as Debbie Callahan in the police comedy Police Academy (1984). Callahan was depicted as a tough and strict training instructor at the Metropolitan Police Academy, who is both physically and sexually aggressive. According to a later interview, Easterbrook had to convince the film's producer and director that she could play an intimidating character. This was a first in her career, but she performed well. The film's subplot was that Callahan maintained a sexual relationship with cadet George Martin (Andrew Rubin), where she dominated her partner.Police Academy (1984) was a box office hit, earning about 150 million dollars at the worldwide box office. The film had six sequels. Easterbrook did not appear in the second film, but appeared in all the rest. Callahan was a major character in the movie series. A major subplot in the third and fourth films was that Callahan was involved in an interracial relationship with the Japanese cadet Tomoko Nogata (Brian Tochi). The movie series ended in 1994.In 1985, Easterbrook had a supporting role in the adventure comedy film Private Resort (1985). The film deals with two teenagers at a posh resort in Miami, Florida, who have to stop an experienced jewel thief. The film was a box office flop, but it is remembered for depicting novice actors Johnny Depp and Rob Morrow in starring roles. In 1986, Easterbrook joined the cast of the long-running soap opera Ryan's Hope (1975), playing the regular character Devlin Kowalski. The series depicted life in the neighborhood of Washington Heights, Manhattan. New characters were frequently added to the cast, as older ones were written out. Easterbrook remained a series regular until 1987, and the series was canceled two years later.In 1992, Easterbrook voiced the sentient android Randa Duane in a two-part episode of Batman: The Animated Series (1992). Randa was depicted as the ultimate creation of the supercomputer H.A.R.D.A.C., and its main agent in a scheme to replace humans with lookalike androids. Randa's appearance was patterned after real-life actress Marilyn Monroe (1926-1962). In 1995, Easterbrook played a character in the interactive film Mr. Payback: An Interactive Movie (1995). The film depicts the vigilante android Mr. Payback (Billy Warlock) punishing or humiliating criminals in sadistic ways. The audience could vote for various directions the story would take.In 1997, Easterbrook voiced the Kryptonian criminal Mala in a two-part episode of Superman: The Animated Series (1996). Mala was depicted as a female soldier who once participated in a failed coup d'état, and was sentenced to 20 years of imprisonment in the Phantom Zone. The character Mala was originally created for this series, but was loosely based on the comic book villain Faora and the film villain Ursa. Both original characters were depicted as prominent Kryptonian enemies of Superman. Also in 1997, Easterbrook guest-starred as Debbie Callahan in the sitcom Police Academy: The Series (1997). The series was a spin-off of the movie series, featuring mostly new charac

Body of the Mined