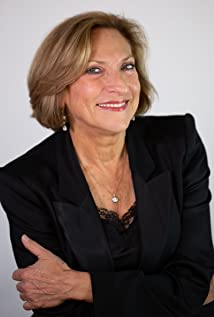 Lesli Linka Glatter is a director of film, network, cable, and premium cable television drama, with both pilots and episodes to her credit. Lesli's TV work includes Homeland (2011), The Newsroom (2012), The Walking Dead (2010), Justified (2010), Ray Donovan (2013), Masters of Sex (2013), Nashville (2012), Boss (2011), True Blood (2008), Mad Men (2007), The Good Wife (2009), Weeds (2005), House (2004), Heroes (2006), The West Wing (1999), NYPD Blue (1993), ER (1994), and Freaks and Geeks (1999), to name a few. Her first series was Steven Spielberg's Amazing Stories (1985) followed by Twin Peaks (1990), for which she received her first Directors Guild Award nomination. Lesli has also directed numerous pilots including Grace (2011), Gilmore Girls (2000), In My Life (2002), Newton (2003), Six (2017) and Pretty Little Liars (2010). In addition, Lesli was the Co-Executive Producer/Director of Shawn Ryan's The Chicago Code (2011), NBC's The Playboy Club (2011), John Wells' Citizen Baines (2000), HBO's The Leftovers (2014) and was the Executive Producer/Director of Homeland (2011) Seasons 3 through 8.Lesli began her directing career through the American Film Institute's Directing Workshop for Women. Her short film, Tales of Meeting and Parting (1985), was nominated for an Academy Award, as well as winning numerous awards in festivals throughout the country.Lesli made her feature film directorial debut with New Line's coming-of-age comedy, Now and Then (1995), featuring Demi Moore, Melanie Griffith, Rosie O'Donnell and Christina Ricci, followed by Polygram's romantic period drama The Proposition (1998), featuring Kenneth Branagh, Madeleine Stowe and William Hurt. She directed HBO's State of Emergency (1994), which she received a Cable ACE nomination for Best Picture, as well as a Humanitas Award nomination. Lesli's other HBO films include Into Into the Homeland (1987) and The Promise.In 2010, Lesli was nominated for an Emmy for directing the Mad Men (2007) episode "Mad Men: Guy Walks Into an Advertising Agency (2009)," as well as winning a Directors Guild Award for Outstanding Directorial Achievement in a Dramatic Series for the same episode. In 2013, she was nominated for her third Directors Guild Award for the Homeland episode Homeland: Q&A (2012) as well as an Emmy nomination for the same episode. In 2013, Lesli was nominated for her fourth Director's Guild Award for the season finale of Homeland (2011), Homeland: The Star (2013). In 2015, Lesli won the Director's Guild Award for the Homeland (2011) episode Homeland: From A to B and Back Again (2014) and received her 3rd Emmy nomination for that episode as well. Lesli's 6th DGA Award nomination was for the Homeland (2011) episode Homeland: The Tradition of Hospitality (2015) as well as her 4th Emmy nomination. Lesli received her 5th Emmy nomination for the Homeland (2011) Season Finale, Homeland: America First (2017) and her 7th DGA nomination for the Homeland: America First (2017) Season Finale, Homeland: Paean to the People (2018). Lesli has also received 2 Emmy Nominations as part of the Homeland: America First (2017) production team for Best Drama Series.Lesli serves as the 1st Vice President of the Directors Guild of America, is on the DGA's Western Directors Council, as well as being an adviser at the Sundance Directors Lab. She serves on the Executive Committee of the Directors Branch of The Academy of Motion Pictures Arts and Sciences. Lesli recently received the Caucus Foundation Award, the Dorothy Arzner Directing Award from Women in Film, and the Franklin Schaffner Award from the American Film Institute, as well as an Honorary Degree from the American Film Institute. Lesli has been actively mentoring for many years and most recently helped develop the successful program, NBC Female Forward. Lesli has been involved on projects for Netflix, Amazon, Showtime and Epix.Prior to her work as a director, Lesli was a modern dance choreographer, working throughout Europe, Asia, and the United States.