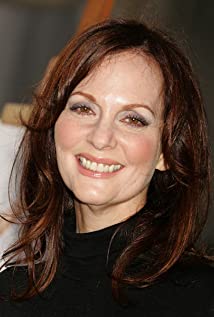 Entrancing, gorgeous Lesley Ann Warren started gearing towards a life in show business right off the bat as a young ballerina who trained at the School of American Ballet at the age of 14. Little did she know that Hollywood stardom would arrive on her doorstep in the form of a "Cinderella" story.The New York-born actress (August 16, 1946) is the daughter of a night club singer, Margot Warren (née Verblow), and real estate agent, William Warren. Her mother had earlier given up her own entertainment career for marriage and family. Growing up, Lesley attended the Professional Children's School at the age of 6 and High School of Music & Art as a young teenager. At age 17, she studied under Lee Strasberg at his Actors Studio, the youngest student to ever be accepted at the time.Looking for on-camera work, the teenager appeared unbilled as Shelley Winters's young daughter in the melodrama The Chapman Report (1962) and was given a bit in the daytime TV show "The Doctors." The slender, young hopeful gathered early musical stage experience in such shows as "Bye Bye Birdie" (as swooning teen Kim McAfee), then made an auspicious Broadway debut in "110 in the Shade", the 1963 musical version of "The Rainmaker," and won Broadway's "Most Promising Newcomer" Award. She subsequently received the Theatre World Award for her lead work as a "cat burglar" opposite Elliott Gould in the very short-lived (8 performances) musical "Drat! The Cat!" in 1965.The attention Lesley received from this brief stage venture, however, led to her capturing the beguiling title role in the Richard Rodgers/Oscar Hammerstein II TV musical production of Cinderella (1965) with Stuart Damon as her Prince and a glittering, all-star cast in support. The Walt Disney people immediate signed the exquisite "Cinderella" to a fresh-faced ingénue contract. Co-starring in the moderately-received musical showcases The Happiest Millionaire (1967) and The One and Only, Genuine, Original Family Band (1968), Lesley became convinced that she needed to quickly nip the saccharine stereotype in the bud if she was to grow and sustain as an adult actress.Rebelling against her studio-imposed image, Lesley left Disney determined to pursue roles with more depth, drama and character. Changing her name temporarily to "Lesley Warren" to reinforce her more mature goal, she was hired in 1970 to replace Barbara Bain in the long-running espionage series Mission: Impossible (1966) when Bain left over contractual issues. Audiences were quite cool in their reception to the "new and improved" Lesley and didn't buy her as a femme-fatale replacement for the cool and aloof Ms. Bain.After only one season, Lesley realized her mission to grow was impossible (in spite of an encouraging Golden Globe nomination) and left the show, seeking greener pastures in the TV mini-movie market. She displayed a wide range of vulnerable neurotics as well as sexier ladies that began to alter her pristine image. Such 1970s material included the plane crash adventure Seven in Darkness (1969) as one of several blind survivors; the love drama Love Hate Love (1971) co-starring Ryan O'Neal; a failed pilot in the title role of Cat Ballou (1971); a mild western as one of The Daughters of Joshua Cabe (1972); the exotic "silent star" biopic The Legend of Valentino (1975); the rags-to-riches story Harold Robbins' 79 Park Avenue (1977), for which she won a Golden Globe award; the epic WWII story Pearl (1978); and the social melodramas Betrayal (1978) and Portrait of a Stripper (1979). Lesley also impressed with her starring roles in the Civil War miniseries Beulah Land (1980) and as a Polish-Jewish immigrant in Evergreen (1985). On stage, she ambitiously attempted to recreate Scarlett O'Hara opposite Pernell Roberts's Rhett Butler in a 1973 Broadway-bound musical version of "Gone with the Wind: The Musical." The show quickly died on the West Coast before ever reaching New York.In the early 1980s, Lesley's movie career resurrected itself with a priceless performance as kingpin James Garner's whiny-voiced, peroxide-blonde spitfire Norma Cassidy in the slapstick musical Victor Victoria (1982). Earning both Oscar and Golden Globe nominations, this delightful, scene-stealing turn was followed by a couple of other quality offbeat films that were directed by Alan Rudolph -- Choose Me (1984) and Songwriter (1984). Warren went on to receive a Golden Globe nomination supporting Willie Nelson and Kris Kristofferson in the former, and a People's Choice Award for the latter. She continued to attempt to spread her wings as a worldly "cougar" type opposite young blond and boyish Christopher Atkins in the critically-panned drama A Night in Heaven (1983). She also played Miss Scarlet in the movie version of the board game Clue (1985).Award-worthy TV roles for Lesley with a Golden Globe performance as a successful madam in the miniseries Harold Robbins' 79 Park Avenue (1977). She also received Emmy and Golden Globe noms as the conflicte