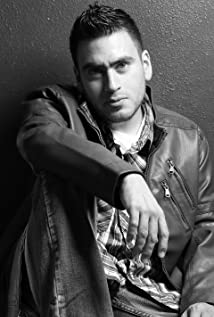 Known for his work on Chef (2014), Defiance (2013), Two Step (2014), and Machete Kills (2014). Leonardo Montelongo was Raised on the west coast in the small town of Lebanon Oregeon, and born in Temple Texas (about 50 plus miles north of Austin. He is the son of SanJuana, a former Singer, and Henry Montelongo, whose former occupations include a professional boxer and Former Body Guard to William Zabka (Johnny of "Karate Kid"). Growing up, he was full of energy and somewhat troublesome, so his parents decided to encourage hobbies such as art to keep him out of trouble. His rebellious nature got the best of him and in the ninth grade he was put on probation. It was in that time that he rediscovered his passion for Music. Leonardo's goal was finally met, after graduating high school. due to him being musically inclined and a talented song writer, was giving the opportunity to produce, write, record, and tour with some of the biggest names in Texas.Montelongo is also skilled in Boxing and in Tae Kwon Do, in which he has earned belts in. Leonardo later left Music and Combat Sports, in the meantime, Leonardo worked as Cook, a Sales Associate at a Lingerie Store, a Manager at a Fragrance Store, A Fight Promoter, a Graphic Designer and in Marketing. He has had songs on local hip hop top 10 countdowns, interviewed by NBC on Hip Hop and Voting and has been featured in television commercials for Labatt Blue Prudential Life insurance and More.Leonardo can be seen on the big screen as an extra on Machete Kills (2014), in Chef (2014), in which he plays an Austin food truck patron. He was also in the very popular TV series revolution(2014) in which he played as an Andover tribesman. Driven and focused Leonardo has yet to make his mark in the industry.