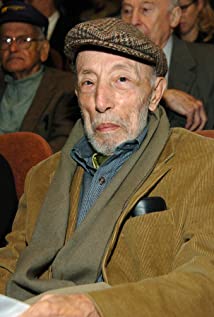 Veteran little old man Italian character actor Leonardo Anthony Cimino steadily worked in both movies and TV shows alike from the late 1950's up until 2007. Cimino was born on November 4, 1917 in New York City. He was the son of tailor Andrea Cimino and his wife Leonilda. Leonardo played violin as a child and studied at Juilliard as a teenager. Moreover, Cimino studied acting, directing, and modern dance at the Neighborhood Playhouse School of the Theater. A small, frail, and wizened fellow with a gaunt face, a slight build, and a distinguished air about him, Leonardo often portrayed shrewd Mafioso types, nice elderly gents, and various men of the cloth which include priests, cardinals, and even the Pope in "Monsignor." Cimino twice played Nazi concentration camp survivors: He was outstanding as the wise Abraham Bernstein in the excellent science fiction TV mini-series "V" and likewise marvelous as the kindly Scary German Guy in the delightful "The Monster Squad." Leonardo had a nice bit as the Baron's doctor in David Lynch's "Dune." Among the TV shows Cimino did guest spots on are "Naked City," "The Defenders," "Kojak," "Ryan's Hope," "The Equalizer," "The Hunger," and "Law and Order." Outside of movies and television, Leonardo acted on stage in such plays as "The Iceman Cometh," "They Knew What They Wanted," "A Memory of Two Mondays," "Mike Downstairs," "Night Life," "A Passage to India," "Handful of Fire," "The Liar," and "Cyrano de Bergerac." Cimino died at age 94 at his home in Woodstock, New York on March 3, 2012.

Witness to the Mob