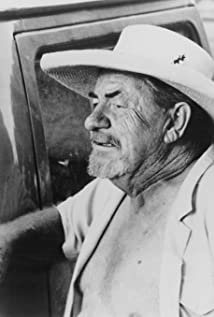 Although he sounded very British, Leo McKern was an Australian. By the time he was 15 years old, he had endured an accident that left him without his left eye. A glass eye replaced it - one might conjecture for the better, as far as making McKern a one-day actor of singular focus (no pun intended; his face had that extremely focused look). He failed to complete Sydney Technical High School, though his interest in engineering prompted him to transfer into the role of engineering apprentice (1935 to 1937). He expanded his horizons in a different direction with a two-year stint (1937-1940) at a commercial art college. By then World War II was escalating toward Australia, and he volunteered for service with the Engineering Corp of the Australian Army (1940 to 1942). But yet one more career move was needed, and that while the war moved northward away from Australia when America joined the fight. He studied acting and debuted on stage in 1944. He also met an Australian stage actress (Jane Holland), and mutual attraction took its course. In 1946 she had acting opportunities in England, and McKern decided that, along with the wish to propose to her, his own future as an actor lay there also.McKern was short and stout with a great bulbous nose upon an impish face--all the ingredients for great character. His voice was a sharp and vociferous grind upon the back teeth--also perfect for character. After some touring (which included a trip to post-war Germany), he began to appear with regularity on London's premiere stages, particularly the Old Vic (1949-52 and then again 1962-63). These roles meshed with classic English work when he moved on to the Royal Shakespeare Company (RSC) at Stratford-upon-Avon and the Shakespeare Memorial Theater (later reconstituted as the now Royal Shakespeare Theater) from 1952 to 1954. He also spent a season at the New Nottingham Playhouse. He had weaned himself off his Australian accent long before this with his bid for film roles, the first being as one of the four murderous barons in the Thomas a' Becket story Murder in the Cathedral (1951). And he kept his medieval tights on for his next screen appearances (though the small screen of TV) in some roles for the popular Richard Greene series The Adventures of Robin Hood in 1955, while he continued stage work.From then on, McKern had roles in two to three movies a year--busy but not too busy--gradually mixing progressively more and more TV work in the 1950s, 1960s, and 1970s. The films were as varied as a good stage actor could justify moving into a popular medium. Though he was usually police officials, doctors, and authoritative figures, he always made these early parts stand out. Drama comes in various packages; he was not averse to the rise of sci-fi as a vehicle for it. He graced two British sci-fi classics: X the Unknown (1956) and the better The Day the Earth Caught Fire (1961). And there was also TV fantasy work, one of the best known examples being multiple outings as interrogator and chain-yanker Number Two in The Prisoner series. In the late '70s, he condescended to add some weight to two of the Omen movies, as did Gregory Peck and William Holden, putting him in good company. Great drama was McKern's meat. And doing some historically significant on a great scale was an opportunity for a Shakespearean not to miss. He was cast in the screen version of the Robert Bolt hit play A Man for All Seasons (1966). And his visage was perhaps part of the allure. Cast as ruthless political climber and fated chancellor of England Thomas Cromwell, McKern looked like the Hans Holbein court painting of the man who rather nefariously succeeded to Sir Thomas More's position. More was played by McKern's fellow RSC resident Paul Scofield. McKern gave flesh to the commoner Cromwell, making him loud and abrasive with a delightful verve. Later he and Scofield shared another film role, in the sense that the latter turned down the part of Thomas Ryan in the David Lean epic of Ireland Ryan's Daughter (1970), while McKern accepted it and made the role work. (Scofield would have been a miscast, something he probably wisely foresaw.)McKern, from his early screen roles, could do comedy. He had a fair share of outrageous characters, and he could play them with a glint in his eye and a bit of extra cheek in his performance to show that he must have had fun in the role. In this regard, he showed his stuff supporting Peter Sellers in the endearing The Mouse That Roared (1959) and had the lead in the outlandish They All Died Laughing (1964) as a college professor who decides to snuff out humanity with poison laughing gas. He was a broad country fellow with a Shakespearean twist as Squint in The Amorous Adventures of Moll Flanders (1965). In one of his later comedies, he is rather overlooked because of its clever script; in fact, it is an over-the-top tour de force for McKern. As the infamous nemesis Professor Moriarty in The Adventure of Sherlock Holmes' Smarter Br

Molokai: The Story of Father Damien

The Lion, the Witch & the Wardrobe