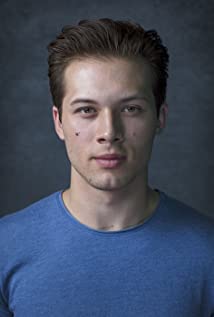 An only child and born on July 13, 1997 in Newport Beach, California, USA as Leo Richard Howard and raised in Fallbrook, California (near San Diego), Leo is an accomplished movie actor, Kickin' It (2011) and Conan the Barbarian (2011). He is also a model, and martial artist who won a Young Artist Award in 2010 for his role as Laser Short in the film Shorts. In 2011, he played a young Conan in Conan the Barbarian and in 2009, he played a young Snake Eyes in G.I. Joe, The Rise of Cobra alongside Dennis Quaid and Channing Tatum. He played Jack Brewer in the Disney XD series Kickin' it from June 13, 2011 until the series finale ended the show on March 25, 2015.Before fame, He won three world championships in martial art competitions by the time he was eight. He went to Tri-City Christian Schools in Vista, California. He is a champion in martial arts, he has been doing karate since he was 4 and he is a Member of Sideswipe Performance Team.When he was nine years old, he became the youngest person to perform with the Mullins Sideswipe traveling martial arts group. He performed his own stunts in the film G.I. Joe: The Rise of Cobra.Leo is an only child and is close friends with Kickin' It co-star Olivia Holt since 2009. His parents specialized in breeding English bulldogs at the Big Bulldog Ranch. His mother's name is Randye Howard and his father's name is Todd Howard. Leo's father, who is from South Carolina, is of English and Scots-Irish (Northern Irish) ancestry. Leo's mother, who is from California, is of Russian Jewish and Austrian Jewish descent. Leo is the third cousin, twice removed, of Israeli Prime Minister Benjamin Netanyahu (Leo's maternal great-great-great-grandfather, Jacob Dworsky, was a brother of the prime minister's maternal great-grandmother, Chaia Sorah Dworsky).