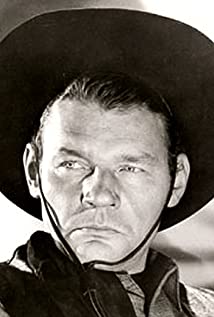 Big, burly character actor, one of the toughest of screen heavies. New York-born Leo Gordon's combination of a powerful physique, deep, menacing voice and icy, withering glare was guaranteed to strike fear into the heart of even the bravest screen hero. Director Don Siegel, who used Gordon in his prison film Riot in Cell Block 11 (1954), once said that "Leo Gordon was the scariest man I have ever met"--this coming from a man who had directed John Wayne, Clint Eastwood and Bette Midler! Siegel wasn't talking about just Gordon's screen presence. As a "heavy", Gordon was the real deal--before becoming an actor (he studied at the American Academy of Dramatic Arts), Gordon served five years in San Quentin State Prison for armed robbery (during which he was shot several times point-blank by police--and survived). "Riot in Cell Block 11" was filmed at Folsom State Prison--where Gordon also served time--and the Folsom warden remembered him as a troublemaker.At first he refused to allow the film to be shot there if Gordon was to be in it, but Siegel was able to convince him that Gordon was no threat to the prison.Contrary to his image, though, Gordon was not just a one-note villain. He did play sympathetic parts on occasion, notably in the western Black Patch (1957)--which he also wrote--and in Roger Corman's civil rights drama The Intruder (1962), and turned in first-rate performances, especially in the latter film. Gordon was also a screenwriter, turning out several screenplays for Corman. He wasn't just limited to writing low-budget sci-fi films, either; he penned the screenplay for the WWII epic Tobruk (1967), writing in a meaty part for himself as Kruger, a tough sergeant in a platoon of German Jews masquerading as Nazi soldiers to help blow up a German oil storage facility.Leo Gordon died in Los Angeles, CA, in 2000 at age 78 of heart failure.