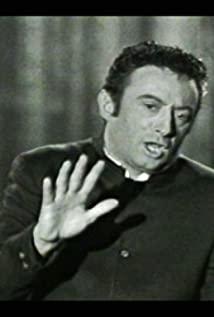 Lenny Bruce was born Leonard Alfred Schneider on October 13, 1925, in Mineola, Long Island, New York. His British-born father, Myron, was a shoe clerk, his mother, Sadie, was a dancer. Lenny's parents were divorced when he was a child. To support herself and her son, Sadie Schneider pursued a career in show business and sent Lenny to live with various aunts, uncles and grandparents.Dropping out of high school, Lenny enlisted in the U.S. Navy in 1942, which he almost disliked. He got himself discharged after convincing a team of Navy psychologists that he was experimenting with homosexual urges. With some help from his mother, Lenny began doing impressions, one-liners and movie parodies in small nightclubs. In 1948, he obtained some booking as a result of his appearance on the TV show Arthur Godfrey's Talent Scouts. Lenny married a red-headed stripper named Honey Harlow in 1951, but they were divorced five years later. After Honey was arrested and sent to jail for a narcotics violation, Lenny raised their daughter, Kitty, by himself.Slowly, Lenny began working his way up from performing stand-up comedy in seedy New York City strip clubs and jazz clubs. Gradually his act evolved into something wholly different from that of other comics. Onstage, he was a dark, slender, and intense figure who prowled around like a caged animal and spoke into a hand-held microphone. His monologues were peppered with four-letter curse words and Yiddish expressions. In his act, Lenny liked to expose racist attitudes by forcing his audiences to examine their own racial prejudices. In another act bashing religions, Lenny acted out a conversation between Oral Roberts and the Pope, with both talking in the vernacular of glib show-business personalities. When jazz critic Ralph J. Gleason and San Francisco Chronicle columnist Herb Caen wrote about Lenny, be began to get the recognition he so badly wanted. Unfortunately, the seedy subculture of strip joints, clubs, and dives had introduced him to hard drugs and fast times.Through his nightclub acts and record albums, Lenny became the hipster saint of the comedy world, crossing into the line of propriety where others feared to tread. But his foul-speaking acts began to catch up with him when he was arrested in 1961 on obscenity charges following an appearance at the Jazz Workshop in San Francisco, but a jury found him not guilty. Problems with the authorities and religious groups trying to silence him began to plague him as he appeared in clubs all over the country. In 1964, he was arrested again in New York City on more obscenity charges. During his trial a police officer read notes about Lenny's profane act, which caused the desperate comic to ask the judge to let him do the act in court so the judge could understand his callous humor in context, but the judge refused. Despite support from noted writers, critics, educators and politicians, Lenny was found guilty and sentenced to several months in prison, and was paroled just a few months later. Continually harassed by the police, Lenny became depressed and paranoid. Further prosecutions for obscenity and his drug use drove him toward instability. By 1965, he was broke and in debt. He claimed that every time he got a gig, the local police, wherever he was, would threaten to arrest the club owner if Lenny went onstage.In February 1966, Lenny traveled to Los Angeles and appeared onstage for the first time in years. He performed for a very small crowd who included a few hecklers and vice cops waiting to arrest him if he should use profanity again. Lenny by this time was bearded, overweight, and haggard, and his performance centered on his current obsessions: his constitutional right of free speech, free assembly, and freedom from unreasonable search and seizure. When a friend asked him afterwards why he had turned his back on comedy he replied, "I'm not a comedian anymore. I'm Lenny Bruce." On August 3, 1966, Lenny was found dead on the bathroom floor of his Hollywood home. Whatever the details or reasons why, Lenny Bruce was found dead from a drug overdose at the age of 40.

Walking My Baby Back Home