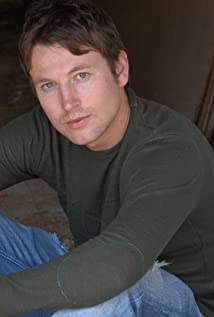 Leigh Whannell grew up in Melbourne, Australia, where, at the age of four, he developed an obsession with telling stories. Whether it be through acting, writing or filmmaking, his primary love was getting a reaction from an audience. In 1995, at the age of 18, he was accepted into the Royal Melbourne Institute of Technology's prestigious Media Arts course, where he met fellow filmmaker James Wan. In his second year of college, he landed the role of "film guy" on a Saturday morning TV show aimed at teens called Recovery (1996). Filmed totally live in the studio and hosted by actual teenagers, the ground-breaking show was hugely popular down under and was the first to bring "alternative culture" to Australia's TV screens, featuring live performances from bands like Sonic Youth, Weezer, Public Enemy, Ben Harper, Pulp and hundreds more. Hosting the film component of the show, Leigh was lucky enough to interview people like Tim Burton, Peter Jackson, Russell Crowe, George Clooney, and eventually went on the host the show in 1999. After graduating from college, Leigh found himself working more and more as a "host" or "presenter" on Australian TV - all the while hatching a plan with James Wan to finally fulfill his dream of making a film. Small acting roles cropped up from time to time (including one in The Matrix Reloaded (2003), which Leigh has said was "the most fun I've ever had in my life") and, along with those, some frustrating near-misses (and not so near-misses: like his cringe-inducing audition for "Lord Of The Rings", in which he paid $90 to have "hobbit ears" grafted onto his head, turning up at the casting office dressed as a hobbit - needless to say he didn't get the role). However, it was missing out on a role in Alex Proyas Australian film Garage Days (2002) that finally broke the camel's back. He called Wan and told him that if they wanted to get a film made, they would have to pay for it themselves. Saw (2004) was born. After nine months of writing, Leigh had written the screenplay for what he thought would be a self-financed, "Blair Witch"-style feature, with him starring and James directing. The script gained so much attention that soon enough, they were shopping it around Hollywood....and the rest is history.