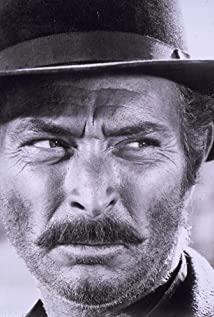 One of the great movie villains, Clarence Leroy Van Cleef, Jr. was born in Somerville, New Jersey, to Marion Lavinia (Van Fleet) and Clarence LeRoy Van Cleef, Sr. His parents were both of Dutch ancestry. Van Cleef started out as an accountant. He served in the U.S. Navy aboard minesweepers and sub chasers during World War II. After the war he worked as an office administrator, becoming involved in amateur theatrics in his spare time. An audition for a professional role led to a touring company job in "Mr. Roberts". His performance was seen by Stanley Kramer, who cast him as henchman Jack Colby in High Noon (1952), a role that brought him great recognition despite the fact that he had no dialogue. For the next decade he played a string of memorably villainous characters, primarily in westerns but also in crime dramas such as The Big Combo (1955). His hawk nose and steely, slit eyes seemed destined to keep him always in the realm of heavies, but in the mid 1960s Sergio Leone cast him as the tough but decent Col. Mortimer opposite Clint Eastwood in For a Few Dollars More (1965). A new career as a western hero (or at least anti-hero) opened up, and Van Cleef became an international star, though in films of decreasing quality. In the 1980s he moved easily into action and martial-arts movies and starred in The Master (1984), a TV series featuring almost non-stop martial arts action. He died of a heart attack in December 1989 and was buried at Forest Lawn in the Hollywood Hills.