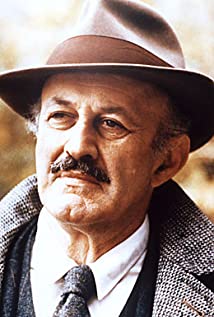 Lee J. Cobb, one of the premier character actors in American film for three decades in the post-World War II period, was born Leo Jacoby in New York City's Lower East Side on December 8, 1911. The son of a Jewish newspaper editor, young Leo was a child prodigy in music, mastering the violin and the harmonica. Any hopes of a career as a violin virtuoso were dashed when he broke his wrist, but his talent on the harmonica may have brought him his first professional success. At the age of 16 or 17 he ran away from home to Hollywood to try to break into motion pictures as an actor. He reportedly made his film debut as a member of Borrah Minevitch and His Harmonica Rascals (their first known movie appearance was in the 1929 two-reeler Boyhood Days), but that cannot be substantiated. However, it's known that after Leo was unable to find work he returned to New York City, where he attended New York University at night to study accounting while acting in radio dramas during the day.An older Cobb tried his luck in California once more, making his debut as a professional stage actor at the Pasadena Playhouse in 1931. After again returning to his native New York, he made his Broadway debut as a saloonkeeper in a dramatization of Fyodor Dostoevsky's Crime and Punishment, but it closed after 15 performances (later in his career, Dostoevsky would prove more of a charm, with Cobb's role as Father Karamazov in The Brothers Karamazov (1958) garnering him his second Oscar nomination),Cobb joined the politically progressive Group Theater in 1935 and made a name for himself in Clifford Odets' politically liberal dramas Waiting for Lefty and Til the Day I Die, appearing in both plays that year in casts that included Elia Kazan, who later became famous as a film director. Cobb also appeared in the 1937 Group Theater production of Odets' Golden Boy, playing the role of Mr. Carp, in a cast that also included Kazan, Julius Garfinkle (later better known under his stage name of John Garfield), and Martin Ritt, all of whom later came under the scrutiny of the House Un-American Activities Committee during the heyday of the McCarthy Red Scare hysteria more than a decade later. Cobb took over the role of Mr. Bonaparte, the protagonist's father, in the 1939 film version of the play, despite the fact that he was not yet 30 years old. The role of a patriarch suited him, and he'd play many more in his film career.It was as a different kind of patriarch that he scored his greatest success. Cobb achieved immortality by giving life to the character of Willy Loman in the original 1949 Broadway production of Arthur Miller's Death of a Salesman. His performance was a towering achievement that ranks with such performances as Edwin Booth as Richard III and John Barrymore as Hamlet in the annals of the American theater. Cobb later won an Emmy nomination as Willy when he played the role in a made-for-TV movie of the play (Death of a Salesman (1966)). Miller said that he wrote the role with Cobb in mind.Before triumphing as Miller's Salesman, Cobb had appeared on Broadway only a handful of times in the 1940s, including in Ernest Hemingway's The Fifth Column (1940), Odets' "Clash by Night" (1942) and the US Army Air Force's Winged Victory (1943-44). Later he reprised the role of Joe Bonaparte's father in the 1952 revival of Golden Boy opposite Garfield as his son, and appeared the following year in The Emperor's Clothes. His final Broadway appearance was as King Lear in the Repertory Theatre of Lincoln Center's 1968 production of Shakespeare's play.Aside from his possible late 1920s movie debut and his 1934 appearance in the western The Vanishing Shadow (1934), Cobb's film career proper began in 1937 with the westerns North of the Rio Grande (1937) (in which he was billed as Lee Colt) and Rustlers' Valley (1937) and spanned nearly 40 years until his death. After a hiatus while serving in the Army Air Force during World War II, Cobb's movie career resumed in 1946. He continued to play major supporting roles in prestigious A-list pictures. His movie career reached its artistic peak in the 1950s, when he was twice nominated for Best Supporting Actor Academy Awards, for his role as Johnny Friendly in On the Waterfront (1954) and as the father in The Brothers Karamazov (1958). Other memorable supporting roles in the 1950s included the sagacious Judge Bernstein in The Man in the Gray Flannel Suit (1956), as the probing psychiatrist Dr. Luther in The Three Faces of Eve (1957) and as the volatile Juror #3 in 12 Angry Men (1957).It was in the 1950s that Cobb achieved the sort of fame that most artists dreaded: he was called before the House Un-American Activities Committee on charges that he was or had been a Communist. The charges were rooted in Cobb's membership in the Group Theater in the 1930s. Other Group Theater members already investigated by HUAC included Clifford Odets and Elia Kazan, both of whom provided friendly testimony before the committee, and Joh

The Meanest Men in the West

The Man Who Loved Cat Dancing

The Bull of the West

The Liberation of L.B. Jones