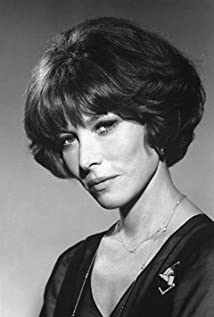 Academy Award-winner Lee Grant was born Lyova Haskell Rosenthal on October 31, 1925 in Manhattan, New York City, to Witia (Haskell), a teacher and actress, and Abraham Rosenthal, an educator and realtor. Her father was of Romanian Jewish descent, and her mother was a Russian Jewish immigrant. Lee made her stage debut at age 4 at the Metropolitan Opera in New York City, playing the abducted princess in "L'Orocolo". After graduating from high school, she won a scholarship to the Neighborhood Playhouse School of the Theatre, where she studied acting with Sanford Meisner. When she was a teenager Grant established herself as a formidable Broadway talent when she won The Critics' Circle Award for her portrayal of the shoplifter in "Detective Story". She reprised the role in the film version (Detective Story (1951), a performance that garnered her the Cannes Film Festival Citation for Best Actress as well as her first Academy Award Nomination. Immediately following her screen debut, however, Lee became a victim of the McCarthy-era blacklists in which actors, writers, directors, etc., were persecuted for supposedly "Communist" or "progressive" political beliefs, whether they had them or not. Except for an occasional role, she did not work in film or television for 10 years. In 1966 Lee re-started her acting career in the TV series Peyton Place (1964), for which she won an Emmy Award as Stella Chernak, and she later garnered her first Academy Award for Shampoo (1975), also receiving Academy Award nominations for The Landlord (1970) and Voyage of the Damned (1976). Since 1980 Lee has been concentrating on her directorial career, which began as part of the Women's Project at The Americal Film Institute (AFI); her adaptation of August Strindberg's, "Stronger, The" was consequently selected as one of the 10 best films ever produced for AFI. In 1987 she received an Academy Award for the HBO documentary, Down and Out in America (1986) and directed Nobody's Child (1986) for CBS, for which she received the Directors Guild Award. In 1983 she received the Congressional Arts Caucus Award for Outstanding Achievement in Acting and Independent Filmmaking. Subsequently, Women in Film paid tribute to her in 1989, with its first-ever Lifetime Achievement Award. Both the New York City Council and the County of Los Angeles Board of Supervisors have recognized Ms. Grant for the contribution her films have made to the fight against domestic violence.

The Substance of Fire