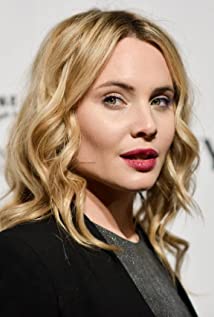 Leah Marie Pipes (born August 12, 1988) is an American actress. She is most notable for starring in the television series Life Is Wild, the slasher film Sorority Row and the CW's The Originals.Pipes was born and raised in Los Angeles, California. She first started acting in 2001 on the popular show Angel. She was a regular on the TV series Lost at Home and appeared in the Disney Channel Original Movie Pixel Perfect as Samantha Jacobs. She starred in the movie Fingerprints in 2006 (released in 2008). She has also appeared on TV shows such as Crossing Jordan and Drake & Josh. She also appeared on Clubhouse as Jessie. The show also starred Jeremy Sumpter.She starred in the soccer film, Her Best Move. She appeared in Odd Girl Out and other small budget films.For the 2007-2008 television season, Pipes starred in the drama series Life Is Wild. She also had a recurring role in Terminator: The Sarah Connor Chronicles as Jody. She plays Beth in the ABC series The Deep End, which premiered on 21 January 2010.She played one of the leads in her first major film, 2009's Sorority Row. For which she received critical acclaim, and was either seen as the "highlight" or the best part of the film.In 2010 she played Miranda for 1 episode of Law & Order: Los Angeles She also played Alexis for 1 episode of The Defenders (2010 TV series) . In 2012 she began filming alongside Mischa Barton and Ryan Eggold in the Mark Edwin Robinson's supernatural romance thriller, Into the Dark.She starred with E.J. Bonilla in the film romance Musical Chairs, about a couple who participates in wheelchair ballroom dancing. It was released to theaters on March 23, 2012.In January 2014, Pipes announced her engagement to actor and musician A.J. Trauth, after almost three years of dating. They married on December 6, 2014 in Santa Barbara, California.