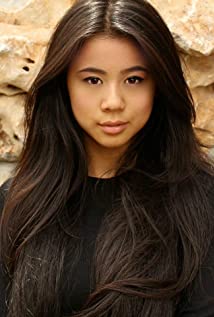 LEAH LEWISAdopted from a Chinese orphanage as an infant, American actress Leah Lewis is poised to emigrate into living rooms everywhere with her triple talent as an actress, singer, and dancer.Leah acknowledges that her life would have been quite different had a Florida couple not come to Shanghai and brought her back to Orlando at six months of age. Her parents, real estate agents Frederick and Lorraine Lewis, later adopted her younger sister Lydia from the same orphanage in China. By the age of three, Leah had already demonstrated a love of performing, taking Russian ballet at Central Florida Ballet and putting on private family shows. She began taking acting lessons at age four, appearing in her first TV commercial for Nature's Own bread. This lead to national spots for Disneyland, Kraft, and The Home Depot. In her first youth musical, she surprised everyone with her perfect pitch, and from there came singing lessons, including opera and jazz, as well as salsa, hip-hop dancing, gymnastics, fencing, scuba diving and other diverse activities.On stage in school, played Molly in "Annie" and Gabriella in "High School Musical," and also performed on Fox TV during the halftime show for the Orlando Magic. Since then she has steadily earned work in TV and film, including her very first onscreen role as Spoon in the feature film "Fred 3: Camp Fred". She went on to appear in the Disney TV movie "Madison High", where she played Peyton Hall, a home-schooled transfer student who just wants to fit in, despite her fierce intelligence and competitive nature. Leah enjoys playing "an independent, confident character." She has continued to appear in several other projects including the Julia Louis-Dreyfus series "The New Adventures of Old Christine," the animated/live-action series "Paloozaville" with John Lithgow, and "The Watermelon Seed", a Mandarin-language production shot in L.A.'s Chinatown district. More recently, she appeared in the CW's "Charmed," Hulu's "Guidance," ABC's "Station 19," Fox's "The Gifted," "Light as a Feather," and ABC's "The Good Doctor." Currently, she stars as Georga "George" Fan in the hit "Nancy Drew" reboot series for CBS on the CW, and in the upcoming feature film "How To Deter A Robber" and the Netflix feature, "The Half of It".In addition to her acting, Leah is an incredible singer, having appeared on season 4 of NBC's "The Voice. She has also shared the stage with Natalie Cole and Sting in a benefit to raise funds for UNICEF, and performed at the House of Blues/Hollywood and for various other annual fundraisers. She also sang a solo at her high school graduation in Orlando Florida and was a member of her high school Thespians, where she played Mulan and did all the choreography. In her free time she enjoys photography, drawing, writing, and spending time with her family and friends.

The Half of It

The New Adventures of Old Christine