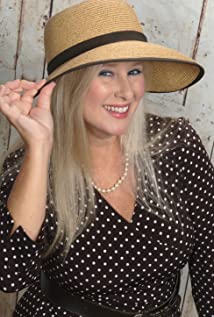 Lea Hutton Beasmore is an Actress, Casting Director for Extras/Associate/Assistant, Production Manager, and Location Manager, living in Lawrenceburg, Kentucky. She is a graduate of Anderson County High School and Lexington Technical Institute (University of Kentucky). She worked for the Valvoline, Inc. headquarters in Lexington, Kentucky for eight years. After making a move to Maysville, Kentucky with her family, she began working at Straub Elementary school. She returned home to Lawrenceburg, Kentucky, where she lived most of her life, for her husband's career. She was happy to return home for her mother and father's sake but she noticed a change in the town after returning; the mom and pop shops she dearly loved closed. Lea wanted to make a difference and she started a network through Facebook to help her town. The network, LAWRENCEBURG, KENTUCKY COMMUNITY NETWORK, caught on fast in 2010 and grew. She also wanted to raise her two boys in a small town environment. Lea worked as a substitute teacher/assistant for 19 years in Lawrenceburg area and still substitutes when needed, today. Her youngest is attending Western Kentucky University majoring in Sports Broadcast with a minor in Criminology and the oldest son graduated from Western Kentucky University with a Civil Engineering Degree as well as his Masters in Structural Engineering through the University of Kentucky. Proud of her sons' goals, Lea now pursues her dream in film, whereas the first movie she served as a "Stand-in," "Hope Bridge." Soon after, she began her work in Production, Acting, and Background, through the films, "Faces," "Bitter Sweet," "In The Radiant City," "JL Ranch," "The Ultimate Legacy;" - a Hallmark Mysteries and Movie Channel, and many short films such as "Slipper Hero," "The Exchange Program," "Grace," and "The Cats Out of the Bag," etc.. throughout the state of Kentucky, she wanted to also pursue commercials and has appeared in them as well. She had her first lead roles as an actress in an Independent film called "The Invasion of Kelly," as Ms. Gleanie, a short film called "Grace" as Grace and "Slipper Hero," as Paulette Goofer. She has been seen on National level Commercials as well as Local Level Commercials through a PSA regarding drug addiction, Cherry Spas, a Promo from CMA's, and Sporting events for Bristol and clothing for local sporting good chains. Lea has served in Casting and UPM for many short films and feature films throughout Kentucky. She also served as Casting Director for the pilot of "Remnant 13," Casting Associate, Location Assistant and Continuity Photographer for "Rayden Valkrie- Saga of a Lionheart" and Casting Assistant for TPTFilms Entertainment for the film, "Messenger of Light". She has also served as a Casting Assistant for the movie, "JL Ranch" (A Hallmark Movie). In addition to acting, she continues to work on a variety of productions, as either a UPM or Production Manager or Casting Extras including the short films such as, "American Holler", "Catching Faith 2," "Fatherless", "Welcome to Kentucky," "The Cats Out of the Bag," etc... and working on set as a Production Assistant handling payment contracts for "JL Ranch," and "Mom and Dad." She also assisted in hosting acting classes in the central Kentucky location. Knowing how the group link LAWRENCEBURG, KENTUCKY COMMUNITY NETWORK caught on fast through Facebook, Lea wanted to help the Film Industry in Kentucky, therefore, she started a Facebook group link called "KENTUCKY FILMS," a network designed for communication regarding trailers, casting calls, crew availability, and a host of other communicative areas for film in her state. She is listed with the Kentucky Film Commission under Production Resources through the "Search Directory," as a Production Assistant, Production Coordinator, and Production Secretary. Lea's goals are to become more involved in acting and production work in film hoping she can bring film to the central Kentucky area; especially her hometown of Lawrenceburg. If so, this will help maintain the mom and pop shops through tourism and keep the town alive as it was in the days when The Flim Flam Man movie starring George C. Scott and Michael Sarrazin gave life to the town. Her motto in life, comes from Winston Churchill, - Never, ever ever ever ever give up.