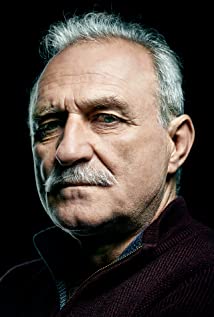 Lazar Ristovski is one of the most prominent Serbian actors. He has played in over 80 movies and directed 2. Lazar Ristovski is the founder and CEO of the production house Zillion film. With Lazar Ristovski in charge, Zillion film has produced and co-produced 17 feature-length films in twenty-three years, the films that participated in all major world festivals. We have been in Kan, Berlin, Toronto, and won prestigious awards. Our movies have been sold around the world. Lazar Ristovski was the leading actor in Kusturica's cult film Underground which won the Golden Palm. As a producer, Lazar Ristovski has always been bold and innovative. He has always been open to new ideas and has given a chance to young directors. As an actor, he has an impressive biography and he is an acclaimed producer. His debut film, The White Suit was screened as part of The International Critics' Week program in Cannes.

The Man Who Bought the Moon

On the Other Side

For King and Homeland