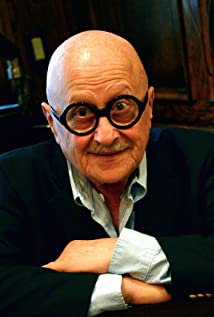 Veteran character actor Lawrence (Larry) Wolf was born in New York City, studied acting with Stella Adler and is best known as an ensemble member of filmmaker Robert Downey Sr.'s legendary catalog of satirical films. The two most notable, Putney Swope (1969) and Pound (1970), are avant-garde and shocking today, perhaps even more so than in the febrile artistic ground of the 1960s and 70s when they were created. In Pound, he was Robert Downey Jr.'s acting partner in the five-year-old's first onscreen speaking role, Wolf's anguished Mexican Hairless lamenting to Downey Jr.'s not-so-innocent puppy in a film in which clothed and unmasked humans play canines languishing in a dog lockup, waiting to be gassed that night. And in Putney Swope, his character Mr. Borman Six, a German auto tycoon with suspicious political leanings, resonates eerily.In an article in Show magazine about the film Pound, writer Bob Sarlin observed:The best actor/director relationship I have ever witnessed is the one between Downey and Larry Wolf, the hairless hysteric who is capable of bringing the most blasé crew to howls of uncontrollable laughter. . . . Each man respects the intelligence and judgment of the other and could probably work interchangeably as actor and director or teacher and pupil. For a scene, Downey illustrates with his body bent down to Wolf's height, hands gesturing frantically toward the ceiling, as Wolf watches critically, like a straight director. The scene finished, Downey's only comment is a little self-composed playlet in which he stares at Wolf. . . as if to say "this man is out of his mind." Then he passes judgment: "I don't know what it means, but it's great."And in a 2016 interview with The Village Voice, Robert Downey Sr. said:Interviewer: Who's the best actor you've ever worked with? Besides your son, of course.Downey: There's a bald-headed guy in a lot of my films called Larry Wolf. He's the best. I didn't have to say much to him. He says, "I got it!" And then he goes and does something else. He's great.Wolf has appeared in numerous other films, commercials and television shows, including two pilots that never made it to air: The Great Gondoli, an NBC pilot in which he played a ventriloquist with two dummies (one sounding like Mae West, the other like W. C. Fields), and Phoebe B. Beebie's Popcorn Parade, a children's show pilot in which he starred as Dr. Disgusting. He wrote and directed the award-winning short film Billy Butterfly in 1971.Working in live theatrical productions as well as film and television, Wolf's stage career has been no less avant-garde than his onscreen one. As Jacques Goldetsky, leader of The First Topless String Quartet, he led a string quartet of four nubile and, yes, topless women as a similarly topless (but cummerbund-wearing) conductor. The group received acclaim as serious artists, while never playing a single note. Produced by celebrated hoaxer Alan Abel, they won Esquire Magazine's annual Dubious Achievement Award in 1969, and Wolf was invited as Jacques to interview for an appearance on the popular game show To Tell The Truth. It was ultimately turned down as too risqué for a family program, only enhancing its bawdy cachet.Wolf is also a musician and has been singing since the 1960s. As the lead singer of The Electric Chair Rock band, another collaboration with Robert Downey Sr., Wolf provided lead vocals to such tongue-in-cheek originals as "Bow Wow Wow" and "Cremation Blues." And as alter ego Vegas lounge singer Johnny Slime, he performed a satirical rendition of the Lord's Prayer that prompted the then-fledgling Saturday Night Live (1975) to call him upon seeing it. But, as luck would have it, the entire production staff was replaced right at that time, and Johnny Slime never graced the SNL stage.Wolf lives in Los Angeles with his wife and two sons and has just completed production on a full-length album, Mood Swings, singing classic jazz and blues tunes with a quintet of Los Angeles musicians. Mood Swings will be released in summer 2019.

Revenge of the Nerds IV: Nerds in Love

Revenge of the Nerds III: The Next Generation