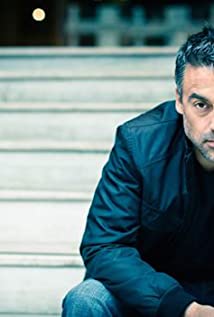 Director/Producer/Writer/Performer Lauro Chartrand-DelValle has followed an unusual path into his film career. It's not surprising that Lauro has been a prominent figure in the world of action films since 1989 when he transitioned from Martial Arts competitor and instructor into the world of cinema. Being mentored through the Martial Arts by legendary Master Fumio Demura, he already had a head start in the action genre. From his early years as a stunt performer he worked with and was influenced by some of Hollywoods biggest action stars such as Tom Cruise, Jackie Chan, Sylvester Stallone, Bruce Willis, Arnold Schwarzenegger and Chuck Norris. After working for two seasons on the long running TV series Walker Texas, Ranger as the fight director his desire to direct was born. From there his reputation gained momentum and before long he was one of the busiest action designers in the business, launching the beginning of his 2nd Unit directing career. After 2nd Unit directing on numerous projects and proving his visual sense of story telling, he followed up with a successful collaboration with Director Keoni Waxman. Mr. Waxman then asked Lauro to main unit direct the action film "Born To Raise Hell". It was a dream come true to helm his first film as Director and he embraced it with the passion of a true film maker, thus cementing Lauro's spot in the TV series "True Justice" as one of three directors on the series. After getting his name firmly embroidered on the directors chair he promptly started writing, developing, producing and directing his own projects. He has several feature projects in development with his various production companies.

Dying for a Baby

Deliver Us from Evil