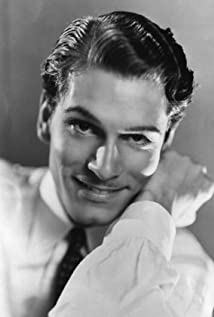 Laurence Olivier could speak William Shakespeare's lines as naturally as if he were "actually thinking them", said English playwright Charles Bennett, who met Olivier in 1927. Laurence Kerr Olivier was born in Dorking, Surrey, England, to Agnes Louise (Crookenden) and Gerard Kerr Olivier, a High Anglican priest. His surname came from a great-great-grandfather who was of French Huguenot origin.One of Olivier's earliest successes as a Shakespearean actor on the London stage came in 1935 when he played "Romeo" and "Mercutio" in alternate performances of "Romeo and Juliet" with John Gielgud. A young Englishwoman just beginning her career on the stage fell in love with Olivier's Romeo. In 1937, she was "Ophelia" to his "Hamlet" in a special performance at Kronborg Castle, Elsinore (Helsingør), Denmark. In 1940, she became his second wife after both returned from making films in America that were major box office hits of 1939. His film was Wuthering Heights (1939), her film was Gone with the Wind (1939). Vivien Leigh and Olivier were screen lovers in Fire Over England (1937), 21 Days Together (1940) and That Hamilton Woman (1941).There was almost a fourth film together in 1944 when Olivier and Leigh traveled to Scotland with Charles C. Bennett to research the real-life story of a Scottish girl accused of murdering her French lover. Bennett recalled that Olivier researched the story "with all the thoroughness of Sherlock Holmes" and "we unearthed evidence, never known or produced at the trial, that would most certainly have sent the young lady to the gallows". The film project was then abandoned. During their two-decade marriage, Olivier and Leigh appeared on the stage in England and America and made films whenever they really needed to make some money.In 1951, Olivier was working on a screen adaptation of Theodore Dreiser's novel "Sister Carrie" (Carrie (1952)) while Leigh was completing work on the film version of the Tennessee Williams' play, A Streetcar Named Desire (1951). She won her second Oscar for bringing "Blanche DuBois" to the screen. Carrie (1952) was a film that Olivier never talked about. George Hurstwood, a middle-aged married man from Chicago who tricked a young woman into leaving a younger man about to marry her, became a New York street person in the novel. Olivier played him as a somewhat nicer person who didn't fall quite as low. A PBS documentary on Olivier's career broadcast in 1987 covered his first sojourn in Hollywood in the early 1930s with his first wife, Jill Esmond, and noted that her star was higher than his at that time. On film, he was upstaged by his second wife, too, even though the list of films he made is four times as long as hers.More than half of his film credits come after The Entertainer (1960), which started out as a play in London in 1957. When the play moved across the Atlantic to Broadway in 1958, the role of "Archie Rice"'s daughter was taken over by Joan Plowright, who was also in the film. They married soon after the release of The Entertainer (1960).

For No Good Reason

Sky Captain and the World of Tomorrow

The Filth and the Fury

Vivien Leigh: Scarlett and Beyond