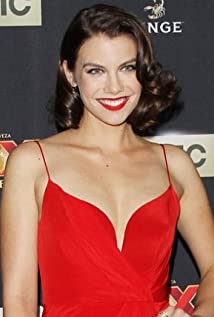 Lauren Cohan is a British-American actress and model, best known for her role as Maggie Greene on The Walking Dead (2010) and recurring roles on The Vampire Diaries (2009), Supernatural (2005), and Chuck (2007). After her film debut on Casanova (2005) as Sister Beatrice, she starred in the sequel to National Lampoon's Van Wilder (2002), Van Wilder 2: The Rise of Taj (2006), as Charlotte Higginson. Her next role was in the 2007 film, Float (2008). In February 2010, she was cast in Death Race 2 (2010), with Sean Bean and Danny Trejo, and also the supernatural-horror film The Boy (2016), where Lauren played the main character, Greta Evans. In 2016, Cohan also appeared as Martha Wayne in Batman v Superman: Dawn of Justice (2016).She was born in Cherry Hill, New Jersey, and moved to the United Kingdom as a teen. She graduated from the University of Winchester / King Alfred's College where she studied Drama and English Literature, before touring with a theatre company she co-founded at the University. Lauren then split her time and work between London and Los Angeles, working on several films as well as some non-commercial projects.