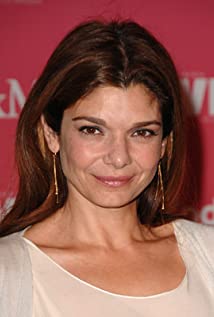 Laura San Giacomo was born November 14, 1962 in West Orange, New Jersey, to MaryJo and John San Giacomo. She was raised in the nearby city of Denville. She went to Morris Knolls High School in Denville, where she got the acting bug and had the lead in several school plays. Laura got a Fine Arts degree, specializing in acting, at Carnegie Mellon School of Drama (Pittsburgh). After graduation, she moved to New York.During the late 1980s (1987-89) before starting her film career, she appeared on Spenser: For Hire (1985), Crime Story (1986), The Equalizer (1985), All My Children (1970) and Miami Vice (1984). Her breakout film was her first credited role in Steven Soderbergh's Sex, Lies, and Videotape (1989). The movie won the Cannes Film Festival's Grand Prize, the Palme d'Or. Laura received a Los Angeles Film Critics Association's New Generation Award and a Golden Globe nomination for her role. Next, she was Kit De Luca in Pretty Woman (1990) (1990) opposite Julia Roberts and Richard Gere. The film won the People's Choice Awards for Best Comedy and Best Film.On stage, Laura has appeared in many theater productions. She was on the Los Angeles stage in the Garry Marshall-Lowell Ganz production of "Wrong Turn at Lungfish", in "North Shore Fish" (WPA Theatre), in "Three Sisters" (Princeton/McCarter Theatre, New Jersey, 1992) and in "Beirut" (Off-Broadway, Westside Arts Theatre, New York City, 1987). She also starred in "Italian American Reconciliation" (Manhattan Theatre Club, New York City, 1988) and "The Love Talker" (Off-Broadway in 1988). In regional theater, Laura was in Shakespeare's "The Tempest", "As You Like It" and "Romeo and Juliet". She also starred in "Crimes of the Heart".During the early 1990s, she was busy making movies (Vital Signs (1990), Quigley Down Under (1990), Once Around (1991) (where she played Holly Hunter's sister), Under Suspicion (1991), Where the Day Takes You (1992) and Nina Takes a Lover (1994)). In 1994, she also appeared in Stephen King's television miniseries, The Stand (1994). During the mid 1990s, she also provided her voice to an animated series Gargoyles (1994). Offscreen, Laura got married to Cameron Dye in 1990 (and divorced in 1998). They had a son, Mason, in 1996. Having a child influenced Laura to make the transition to television. She started in the sitcom Just Shoot Me! (1997), which also starred George Segal (as her father, Jack), Wendie Malick, Enrico Colantoni and David Spade. Television gave her a more regular work schedule and less traveling. The series lasted for seven seasons and 148 episodes. She appeared in all of them together with the other four regular cast members.After Just Shoot Me! (1997) was canceled in 2003, Laura appeared infrequently on television and in feature films. She was the narrator for Snapped (2004), a true crime series. In 2005, she appeared in two feature films (Checking Out (2005) and Havoc (2005)). In 2006, she was reunited with her Just Shoot Me! (1997) co-star Enrico Colantoni in Veronica Mars (2004), where she played Harmony Chase for three episodes. In September 2006, she secured a starring role in Saving Grace (2007) as Grace's (Holly Hunter's) best friend, Rhetta Rodriguez. Laura continued to play the role through all three seasons.