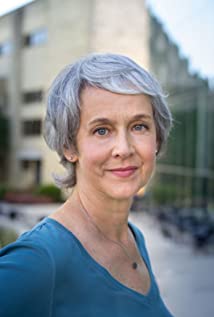 Laura Kirk grew up in rural Kansas where she attended high school and got her degree in theater and film from the University of Kansas. In New York, she studied with Wynn Handman, Suzanne Esper, and improv with Alan Arkin. Her debut was as co-writer and star in the critically acclaimed film Lisa Picard Is Famous, directed by Griffin Dunne. It premiered at the Cannes Film Festival and was featured in many international and American festivals. After its premiere at the Film Forum in New York City, Lisa Picard Is Famous was called "hilarious" by Stephen Holden of The New York Times and "squirmingly funny" by Owen Gleiberman of Entertainment Weekly. It is included in John Gaspard's book Fast, Cheap and Under Control ...Lessons Learned from the Greatest Low Budget Movies of All Time.Laura has continued acting and producing independent films in Kansas where she now lives.

The Sublime and Beautiful

The Only Good Indian

A Boyfriend for Christmas