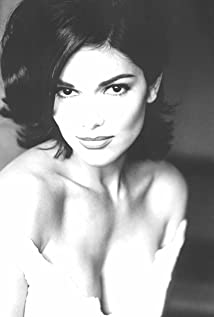 A respected actress, Laura Harring is best known for her role as the mysterious amnesiac Rita in David Lynch's enigmatic film Mulholland Drive, which was recently voted the best film of the 21st century in multiple polls. Film critic Roger Ebert compared Harring to screen legend Rita Hayworth, while the International Herald Tribune's film reviewer likened Laura to Ava Gardner. But Laura Harring is her own person, a classical performer with a passion for acting, dance, travel, food and life.Laura Harring became a world traveler shortly after finishing her studies at the prestigious Aiglon College, one of Switzerland's exclusive private boarding schools. After graduating with an academic diploma, Laura spent time in the foothills of the Himalayas, working as a social worker to help transport heavy rocks, plant gardens, build schools, and perform other manual tasks that helped the villagers create a better quality of life. After her social work, Laura devoted a year to backpacking through Asia and Europe, often falling asleep beside the ocean in a sleeping bag, an experience that changed her life forever. Laura spent time living in other countries and meeting new people, and it changed her life profoundly.Years later, Harring starred opposite extraordinary actors such as Oscar winner Javier Bardem in the adaptation of Nobel Peace Prize winner Garcia Marquez's Love in the Time of Cholera, Oscar winner Denzel Washington in John Q, and Oscar winner William Hurt in The King. Laura also starred opposite John Travolta in Marvel's The Punisher. For the small screen, Laura starred opposite Forest Whitaker in the critically acclaimed television show The Shield, a show that changed the conventional formula of the cop genre and won multiple awards. Later she starred as Ed Westwick's mom in the super-hit TV show Gossip Girl. But Laura was no stranger to the small screen, having started her career as a series regular on Aaron Spelling's Sunset Beach on NBC.In her earlier years, Laura studied at the London Academy of Performing Arts. She credits her grandfather, an extraordinary athlete who was due to compete in the Olympics in 1948, for her equestrian and fencing skills. Her philosophy in life is unique. She believes we are all one human family meant to enjoy the trip of life.

Love in the Time of Cholera