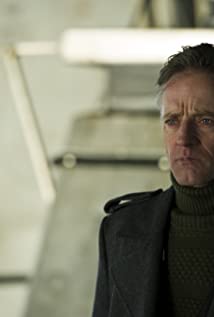 Lars Simonsen debuted with a fantastic performance as the sensitive teenager Erik in Bille August's film 'Tro, Håb og Kærlighed'. The role brought him his first Robert award for the best actor in a leading role. After this he played roles such as the shy son in the comedy 'Når engle Elsker' and the subdued son in Bille August's Oscar winning feature film 'Pelle Eroberen'.Lars has played in several performances at theatres such as the Betty Nansen Theatre and the Gladsaxe Theatre and since 2001 he has been employed as part of the permanent cast of actors at Odense Theatre where he has especially been noted for his performances in productions such as 'De Nøgne Træer', 'Erasmus Montanus', 'Helligtrekongers Aften', 'Pinocchios Aske', 'Den Gerrige', 'Mikaél', 'BLOD' and 'Odysseen'. In 1998 Lars won the Robert award for Best Actor in a Leading Role again, this time for his role in Nils Malmro's historical Faroese drama 'Barbara' in which he played a lovestruck vicar. Since then Lars has acted in both film and TV productions, including 'Manden som ikke ville Dø', Klinkevals', 'Skjulte Spor', 'Rejseholdet', 'Forsvar' and 'Forbrydelsen'. Lars graduated from Århus Theatres Acting School in 1990.