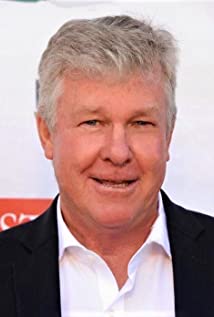 Larry Wilcox grew up in Rawlins, Wyoming, with three siblings and raised by a single parent - his mother. He graduated and then went to the University of Wyoming and studied pre-med and then transferred to Cal State University Northridge in Southern California. His sister was tragically murdered by her husband in front of her mother and their three children and Larry returned home to assist the family. During this time Larry was drafted in the Army but he wanted to be in the best outfit during the Vietnam War and so he enlisted in the United States Marine Corps. He honorably served thirteen months in Vietnam with five campaign stars and two meritorious promotions. He was discharged as a Sergeant and then went back to school. Wilcox hit the pavement running and began working two to three jobs to make ends meet. He began studying acting and music and soon got a Hollywood agent and landed many commercials and then beat 300 actors to win the co-star role on Lassie in 1970. He then went on to guest star in many popular TV shows from MASH, Love Boat, Police Story, Room 222, The Partridge Family, Hawaii Five-0 and many others. He was subsequently picked to star in CHiPS with co-star Erik Estrada which he did for five years and the show was syndicated in one-hundred foreign countries. During this time Wilcox, a businessman at heart, formed his own production company and began buying scripts and books and making deals with studios and networks. He produced the Death of a Playmate: The Dorothy Stratten Story for MGM and NBC which he believed had many parallels to the death of his sister. He then developed, funded and produced the award winning TV Series, The Ray Bradbury Theater for HBO for five years. Wilcox has a long list of productions and is presently negotiating some very significant projects we all hope to see in the near future.Wilcox has been married to Marlene Harmon for over thirty years with three boys and two girls which are all adults now. Wilcox was an avid sportsman and, as he states, "I enjoyed pushing the envelope." He set eight Land Speed Records at the infamous Bonneville Salt Flats, was a race car driver and competed in SCCA events and was a cowboy competitor and member of the Professional Rodeo Cowboys Association. Wilcox is also a pilot who is known for some crazy rides in his very own military plane with a cockpit. He has flown with the Blue Angels and the Marines as a Celebrity Guest and is famous for asking the military pilot to "let it all hang out" and to try and make him sick.Presently (as of April 2016) Wilcox is focused on two arenas: filmmaking and digital distribution tools that he owns and/or participates in. He has been the past national spokesperson for The Motorcycle Safety Foundation and the Red Cross. He was the national celebrity spokesperson for the Vets Save The Flag campaign. He has also been the celebrity filmmaker and spokesperson for TheFallenHeroes.org. Wilcox believes that man was put on this earth to help each other and to perpetuate better offspring than yourself. He said his credits are not about his life.....his credits are his family. His fan site is larrywilcox.net and he has a Facebook site that he writes a monthly journal to keep in touch with his fans. When asked what advice Wilcox would give to the world he says: "Love and be Loved; and walk tall through the fire and stay in your bubble of personal belief because HE is with you all the way!"

Perry Mason: The Case of the Avenging Ace

The Dirty Dozen: Next Mission

Death of a Centerfold: The Dorothy Stratten Story