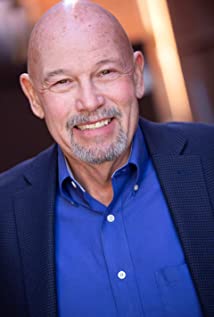 Larry was born and raised in Dallas, Texas. Always a performer at heart, he was often involved in school and church productions as a young man. Larry traveled the country as lead singer and front man for a quartet for almost 20 years. After taking early retirement, Larry began to professionally pursue acting. After doing many extra and bit parts in TV and movies such as Rain, A House Divided, Prison Break, Inspector Mom, and a number of student films, he was signed by Core Talent in Dallas. Shortly thereafter, Larry was also signed by Landrum Arts LA in Louisiana. Larry is now represented by TAG Talent Agency of Austin and Linda McAlister Talent in Dallas. He has been featured in several industrial films and national commercials. These include work for Dunkin Donuts, "The Dallas Mavericks", Energy Depot, "The Texas Rangers", HEB, Cabela's, Radio Shack, Alcon Labs, Ford Motor Company, and the "On The Border" restaurant chain. Larry has also done print work for Mr. Gatti's Pizza, Aero Mexico, and SBC/AT&T. Some of Larry's supporting and lead TV and film roles include Dr. Bill in "American Stud", ambulance chasing attorney Tim Badler in "Black Mold Exposure", eccentric farmer Michael Mosca in "What Is Gothic?", Dr. Charles Brandon in "The Sisters Four", Tom Mosely in "The Stopping Place", Doc Moran in the western "Shroud", and Dr. John Harvey Kellogg in "The Genesis of Healing". Larry recently had a supporting role of a sheriff in the popular NBC show, Friday Night Lights and was featured as Jack Ruby in JFK: The Ruby Connection for The Discovery Channel. Larry just completed the Richard Linklater directed feature film film, "Bernie" in the supporting role of Reverend Woodard staring Jack Black, Matthew McConaughey, and Shirley MacLaine. He also played Father Campbell in the feature film to be released summer 2011 "Humans vs Zombies" directed by Brian Jaynes. Larry also played Lowrie in the feature film, "Deep in the Heart" directed by Christopher Cain and staring Jon Gries. At the time of this writing Larry has a supporting role in the Tom Hanks produced, "Parkland", starring Zac Efron, Paul Giamitti, and Billy Bob Thornton just to name a few. In February, 2013, Larry fulfilled one of his many goals of producing, directing, and acting in one film! The short film, Amazin' Grace. It will make its debut sometime mid to late 2013. It will be submitted to film festivals. It is the story of Grace, a young lady that grew up too fast in the Texas Bible belt. Larry recently worked with Robert Redford on The Old Man and the Gun. He also had the pleasure of working with Richard Linklater again on his latest film, Apollo 10 1/2. When asked what role he would most like to play or which director he would like to work with Larry said, "The Next One!" " I am always looking for that next challenging role and new experiences"

As Far as the Eye Can See