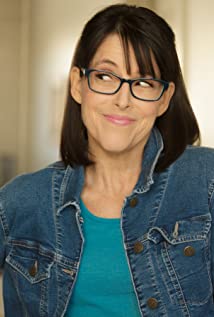 Perhaps best known for her six seasons on camera as tomboy "SAMANTHA" on NBC's hit sit-com GIMME A BREAK, Lara Jill began her career on Broadway in THE MUSIC MAN with Dick Van Dyke.She can be heard singing her way into your hearts as the cuddly "LAMBIE" on Disney's Peabody Award-winning DOC MCSTUFFINS, as well as playing prodigy "LISA LOUD" in Nickelodeon's hit series THE LOUD HOUSE, "CAT" on Amazon's IF YOU GIVE A MOUSE A COOKIE, and the rat "FINK" on CN's OK K.O.Other notable credits include starring as "IZZIE" on PBS' critically acclaimed, two-time Emmy-winning series SCIGIRLS, as well as George's best friend "ALLIE" on the long-running CURIOUS GEORGE, along with a visit to Disney's VAMPIRINA as the snugglelot "MATILDA."Other credits include the tool-toting "WIDGET" on Nick's WOW! WOW! WUBBZY!, and the beloved "KARI" on the long-time cult favorite DIGIMON.Her title roles include "HENRY" in HENRY HUGGLEMONSTER, "CLIFFORD THE PUPPY" in CLIFFORD'S PUPPY DAYS and "JUNIPER LEE" in THE LIFE AND TIMES OF JUNIPER LEE.But don't let her youthful sound and infectious energy fool you. Lara Jill graduated Phi Beta Kappa and Magna Cum Laude from New York University and Fordham School of Law. She passed the Bar Exam in three states and was a practicing attorney in NYC.She returned to the biz with numerous recurring and guest roles in shows such as HI HI PUFFY AMI YUMI (as the dastardly evil friend "JULIE), ALL GROWN UP (as "OLIVIA," Tommy Pickles' first kiss), MY MOM MARRIED A YETI (opposite Jim Gaffigan), HIGGLYTOWN HEREOS, as well as on-camera on ALL THAT, THE AMANDA SHOW, iCARLY and GENERAL HOSPITAL.Also an accomplished singer, you've heard her voice on recordings including Disney Jr's Doc McStuffins and Henry Hugglemonster soundtracks, The Children's Museum of Los Angeles' Readers' Theatre, Adiboo's Discovery Series, and NPR's acclaimed The Wizard of Oz, along with many popular toys and video games.

Winx Club: The Secret of the Lost Kingdom