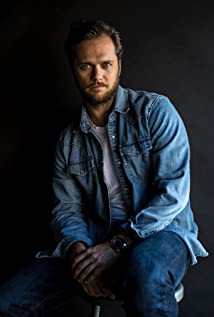 Lane Lorzing Compton was born in Boulder, CO on May 24, 1985. Lane's artistic vision and precocity for creation began with the influence of his two parents who held careers as architects. Acting was not the initial avenue Lane took to becoming a performer. His early passions were split between the football field and the swimming pool while participating in various bands and choirs. At the age of 17, soon after graduating high school, Lane traveled extensively as a roadie all across the United States with his friends' rock and roll band. After spending a year on the road he began paying attention to that noise knocking at the door, the noise that had been there for quite some time-a call to begin his acting career. On the heels of an emotional goodbye and a friendly nudge from his partners in musical crime, Lane left for New York City to begin his career as an actor on the stage and screen. After studying with various teachers in Manhattan and attending the New York Film Academy, Lane left for Vancouver, BC. He extended his exploration of acting while also gaining knowledge of the craft of filmmaking while studying at The Vancouver Film School, where he spent two years. Lane has since relocated to Los Angeles, California, where he is a Lifetime Member of The Actors Studio and studies with acclaimed acting coach Salome Jens. He continues seeking new ways to perform and create through the craft of acting. He has played the role of Happy in Arthur Miller's Death of a Salesman, alongside dramatic heavyweights Mark Rydell and Lisa Blake Richards. Other theatre credits include the world premiere of Tragedy of The Commons written by Stephen Metcalfe, acting alongside notable actor Brian Kerwin. He was also cast in an award-winning production of another Arthur Miller play, A Memory of Two Mondays. He then lent his hand as not only actor, but also producer of William Saroyan's elegiac one-act entitled Hello Out There, Lane got his break in prime time television thanks to being cast by Michael Testa and Dan Shaner in Cold Case. Other noteworthy credits include leading roles in the independent films, Demonic Toys: Personal Demons (2010), and Text (2008). One of Lane's favorite quotes (which has inevitably inspired him to continue his search and desire to act) is from none other than the late James Dean: "It was an accident, although, I've been involved in some kind of theatrical function since I was a child. To me, acting is the most logical way for people's neuroses to manifest themselves, in this great need we all have to express ourselves. To my way of thinking, an actor's course is set even before he's out of the cradle." And with that, enjoy the show.