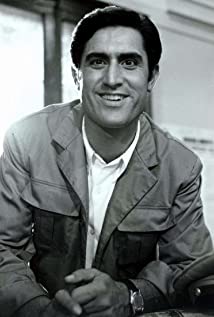 Gerlando Buzzanca, best known as Lando Buzzanca, is an Italian theatrical, film and television actor, whose career spanned over 55 years. Born in Palermo the son of a cinema projectionist, at 16 years old Buzzanca left the high school and moved to Rome to pursue his dream of becoming an actor. In order to survive, he took many jobs including waiter, furniture mover, and a brief appearance as a slave in the film "Ben-Hur". He made his official debut in Pietro Germi's "Divorce, Italian Style", and soon specialized in the role of the average immigrant from southern Italy. After two successful "James Tont" films in which he played a parody of James Bond, starting from the late 1960s, Buzzanca got a large success in a series of satirical commedia sexy all'italiana films which satirized major institutions such as politics, religion, trade unions and financial world. With the decline of the genre, he slowed his film activities, focusing into theatre and television, in which he enjoyed a resurgence of popularity in the 2000s thanks to a series of well-received TV-series. In 2013, following the death of his wife Lucia and a heavy depression, Buzzanca attempted suicide by cutting his veins. In 2015 he has fully recovered from depressive period undertaking a relationship with a younger woman, Antonella. In 2016 he participates as dancer in the television program "Ballando con le stelle" and lives a new and intense romance with a younger actress and journalist Francesca della Valle.

Dracula in the Provinces

When Women Lost Their Tails