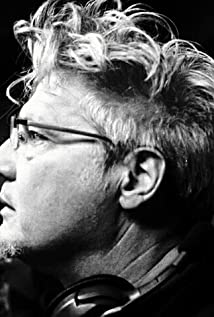 Lance was one of those kids who got bit by the filmmaking bug early. At the age of nine, Lance's life changed while watching Creature Features on a Saturday night with his mom. The classic Universal horror films sparked his imagination and never let go. Inspired by the lush, dark, black and white images of Frankenstein, Dracula, The Wolfman and all the rest, Lance grabbed his mom's Kodak 8mm home movie camera and began shooting.Armed with the visual inspiration of those classic films, as well as the German expressionism of Nosferatu and The Cabinet of Dr Caligari, Lance moved forward into his career as a director-cinematographer. The universal message of those films being the power, impact and emotional weight communicated within the delicate relationship between light and dark. The subtle influence composition has to tell a story non-verbally.Lance's cinematography has garnered many accolades and awards, but continually stretches himself and pushes further to find new, innovative ways to not only bring his director's vision to the screen but doing so paying respect to the masters who invented the art form.Lance has worked as a camera operator, producer and director. He has directed one feature film, Cup of My Blood, and produced three others.His clients range from Fortune 500 companies to large advertising agencies, television networks and motion picture studios.

Cup of My Blood