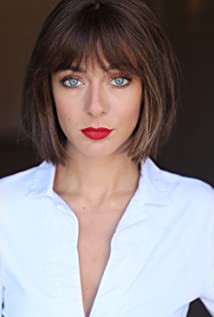 Lacy Hartselle is a multi-award winning actress, dancer, singer and mental health advocate. She graduated summa cum laude with a B.F.A. in Acting from Lipscomb University with high level improvisation and Shakespeare coursework. She works across all mediums including TV, film, theater, commercials, new media, voiceover, music videos and print work. Lacy has been awarded "Best Actress" all three times by the NASHVILLE 48 HOUR FILM FESTIVAL in 2012, 2014 and 2018, and most recently won "Best Actress" 2019 in the Italian international Best Actor Festival held in Saint Vincent.Lacy most recently starred opposite James Faulkner as the strongly-opinionated, hilarious Russian mail order bride 'Svetlana' in the indie feature All Those Small Things directed by Andrew Hyatt; as well as the historical period film WITNESSES directed by Mark Goodman set in the 1860's Mid-Western US, it is a story of faith and determination. She stars in the horror Ouija Craft (2020), playing a white witch who comes of age; in BOUND FOR MIDNIGHT she plays a spy's daughter who has to learn to fend for herself against all odds. She also stars in the family feature Christmas in July (2019) opposite Reiley McClendon (PEARL HARBOR, THE FOSTERS); and she plays the lead in indie horror features Curse of the Nun (2019) (released both domestically and internationally in 2018); American Hunt (2019); and Death Cast (2019); she notably worked with Academy Award winning actress, Melissa Leo as a featured role in the coming-of-age drama Novitiate (2017) by Sony Pictures Classics. She also stars in the indie teaser/short The Piano Love Affair (2019), based on the true story of a WWII Tennessee soldier who fell in love with a French girl 'Anthelmette' (Lacy) while stationed in France. More recently, she plays the lead of the indie film The Gods of Summer (2019) directed by Christiana di Palma. In television, Lacy most recently appears in USA Network's The Purge (2018) playing rebellious teen 'Mia' on Purge Night for the first time; in ABC'S Nashville (2012) opposite stars Will Chase and Chris Carmack; as well as the Lead Guest Star on Oxygen Network's hit series #killerpost (2016).Outside of television and film, Lacy can be seen on national commercials airing for Dodge, Walgreens, Geico, ESPN, Jolly Rancher, Chick-Fil-A, Papa John's, Firestone, and 5 Hour Energy with Dierks Bentley. She is also the lead in music videos from several country music artists including Hunter Hayes, Easton Corbin, Luke Bryan, Dan + Shay.Lacy is a triple threat - an actress, and trained dancer with a mezzo-soprano belter vocal range. She is trained in hip hop, jazz, ballroom, swing and partner lifts, ballet (basic, not pointe), contemporary, and tap. Musically she plays basic piano, and has trained vocally in musical theatre, jazz, pop, country, and indie genres. She is great with dialects and foreign languages - speaking basic German and conversational Spanish, with a knack for accents including British PR, Cockney, Scottish, Irish, French, Russian & Slavic, and Regional US dialects including Brooklyn/Jersey, Southern, Trans-Atlantic, and Standard American.Lacy also created and hosts a podcast called This Is Temporary that destigmatizes mental health. It's an unfiltered, unapologetic and relatable mental health podcast about finding purpose in the pain.

Curse of the Nun