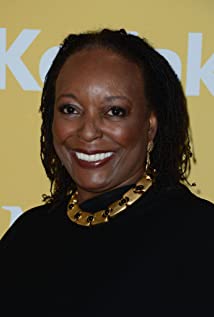 L. Scott Caldwell was born in Chicago and now lives in New York City. She has an extensive background in feature films, television and theater. Her film credits include "Mystery Alaska," "Waiting to Exhale," "The Net," "The Fugitive," "Dutch" and "Without a Trace." Caldwell had a recurring role in Judging Amy, and has guest-starred in JAG, "Chicago Hope," "City of Angels" and "Promised Land," all on CBS. Her additional television credits include "The Practice," "The Division," "Any Day Now," "Murder One," "The Pretender," "Grace Under Fire," "Melrose Place," "Lois and Clark" "ER", "Nip and Tuck" and "L.A. Law."On Broadway, Caldwell won a Tony Award for her role in Joe Turner's "Come & Gone." Her other Broadway credits include "Proposals," "A Month of Sundays" and "Home." She has also appeared Off Broadway in "About Heaven & Earth," "Colored People's Time," "Old Phantoms," "A Season to Unravel" and "The Imprisonment of Obatala."

Love in the Time of Corona