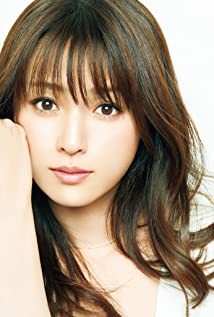 Fukada Kyoko was born in Kita Ward, Tokyo, Japan. She is an actress and singer. She has a younger sister and graduated from Horikoshi Gakuen, a renowned high school known for its many performing arts alumnae such as "Jun Matsumoto" and Ai Katô, in Nakano in 2000. The school is famous for its elite clientele and a number of graduates who went on to become celebrities. Fukada debuted in 1997. She first starred in the film with Jun Matsumoto and Ai Katô as Shinjuku Boy Detectives in 1998. with her appearance in the television drama Sore Ga Kotae Da! as Kazune. Her first film was Ring 2 as Kanae Sawaguchi in 1999, which was the year before she graduated from high school. She won the Japan Academy Prize for Best Newcomer for Shisha No Gakuensai in 2000. She released her first album, Dear, and her first single, The Last Fruit, in 1999. She starred in the haunting Dolls as Haruna in 2002 and was the star in the even more famous and comic commentary film Kamikaze Girls in 2004. She won the award for Best Actress at the Yokohama Film Festival for the latter film. Kyoko has continuously worked since, including in the thriller Room-mate or Fuji TV's remake serial, The Stewardess Cop , and appeared in commercials like ones for Pocari Sweat where she was a mermaid. She is signed to the Horipro talent agency. The agency announced the actress will go on a break from acting beginning May 2021 as she was diagnosed with something called adjustment disorder. Kyoko can play the Piano and clarinet.