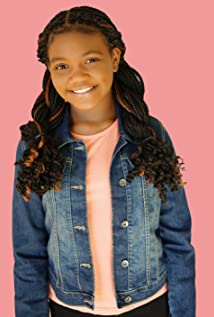 Kylee D. Allen discovered her passion for acting in the summer of her kindergarten year. The Parkview Community School Drama Camp revealed an entirely new and captivating world to her. Her monologue performance at a local Atlanta talent showcase captured the attention of her current agent, and she was signed at the age of six. Kylee's early roles in various commercials, a short film and web series have all instrumentally paved the way for her next endeavors, which include filming with Academy Award winners Barry Jenkins and Brad Pitt. With perseverance and dedication to her craft, Kylee's future is boundless as she continues to blossom with each moment on the screen.