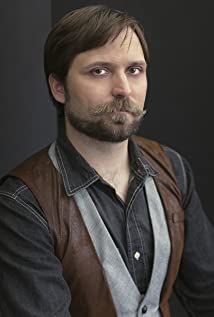 Kyle McCarley grew up (but not really) in Kansas and moved to LA at 18 to study acting. After getting hooked on playing World of Warcraft with his buds, he co-wrote, co-directed, and voiced several characters in a fan-made online radio play. Once he finished his Theatre degree at the University of Southern California, he decided to further pursue that passion in the form a career in voice acting.When Kyle was younger, he'd watched plenty of Cartoon Network's Toonami where he was introduced to Gundam Wing (his favorite). But it was a workshop with Mami Okada from Bang Zoom that really got him into anime. Mami liked his work, started calling him in for auditions and eventually cast him in a few projects. When he got the chance to audition for Iron-Blooded Orphans, he was beyond thrilled. And when he was cast as Mikazuki, he freaked out. The lead role in the newest Gundam series? Yes, please!Kyle can be heard in anime, video games, cartoons, audio books, live action dubs, TV and radio commercials, industrial ads, and even a talking toy plunger. Visit KyleMcCarley.com for more information.

I Want to Eat Your Pancreas