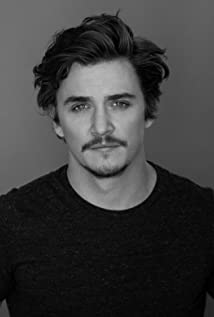 Kyle Gallner was born in West Chester, Pennsylvania. He started his career by following his sister along to one of her auditions.Perhaps best know for his role as Cassidy "Beaver" Casablancas on the CW's lone hit series, Veronica Mars (2004), actor Kyle Gallner had been appearing in films and on television since his early adolescence. Born on Oct. 22, 1986 and originally from Philadelphia, PA, Gallner made his first screen appearance on an episode of Third Watch (1999). After making his feature debut with a small role in Michael Showalter's bizarre comedy Wet Hot American Summer (2001) (2001), he returned to television with episodes of Law & Order: Special Victims Unit (1999) and Touched by an Angel (1994). He next appeared in the series finale of The District (2000) before playing his first recognizable role - that of Bart Allen (a.k.a. "The Flash") on Smallville (2001) during the 2004-05 season.In 2005, Gallner joined the cast of Veronica Mars (2004) for the last three episodes of the first season, giving him the opportunity to carry over his role of Beaver into the next season. During his run on "Veronica Mars," Gallner continued making guest spots, appearing in episodes of Jack & Bobby (2004), Cold Case (2003), CSI: NY (2004) and Bones (2005). Gallner began a recurring role as a devout Mormon in the controversial HBO series Big Love (2006). Meanwhile, Gallner revived his "Smallville" role in early 2007, returning as Impulse rather than The Flash - due to a feature film with the same character being developed by Warner Bros.Made acting debut in an episode of NBC's Third Watch (1999).Made his film debut in the comedy cult film Wet Hot American Summer (2001).Had a recurring role as superhero Bart Allen in Smallville (2001) (The WB, 2001-2006; The CW, 2006-2009).Appeared in two episodes of The WB's Jack & Bobby (2004).Joined the cast of UPN s Veronica Mars as Cassidy Casablancas; became a regular during the show s second season.Had a recurring role as Reed Garrett, the son of Detective Taylor's (Gary Sinise) late wife on CSI: NY (CBS)Played Jason Embry, best friend of Ben Henrickson, on the critically-acclaimed HBO drama Big Love.Featured in the independent film Sublime.Appeared in three episodes of The Shield (FX).Had a supporting role in the Diablo Cody penned dark comedy Jennifer's Body.Played the lead role in the horror film The Haunting in Connecticut.Cast as the lead male, Quentin, in the remake of A Nightmare on Elm Street.Gallner has in his filmography acclaimed Independents films as Gardens of the Night (2008), Beautiful Boy (2010), Red State (2011), Little Birds (2011), Magic Valley (2011) and Smashed (2011).In 2013, Gallner appeared in the film Beautiful Creatures (2013)_, directed by Richard LaGravenese.