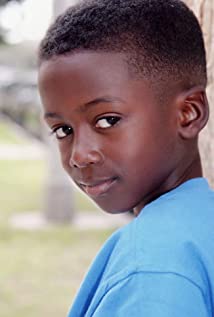 Kwesi Boakye was born in Los Angeles California and is the great-grandson of a highly respected Ghana West African King. Kwesi continues to build upon his already vast acting portfolio in the city known to millions around the world as tinsel town. Kwesi was a mere babe of 10 months when he booked his first paid job in a baby video. A Baby Gap Ad followed , along with a plethora of campaigns for Tommy Hilfiger,Robinsons May, Nordstroms, Guess, Macy's, H&M and over 30 national commercials, followed the stream of good fortune and undeniable talent. At the young age of 3, Kwesi was already eligible to join SAG, which he joined when he was legally able to at 4yrs of age. In the school room and on the playground Kwesi was also making his mark as a straight "A" student and a three-sport standout in basketball, football and soccer. Kwesi champions for an Eco-friendly environment, a regular volunteer for numerous charitable causes, Kwesi designed a t-shirt for "Nextaid" foundation and donated 100% of his interest to the charity. In his own words "Healing the world one good act at a time, makes us live in a better place." A huge fan of Michael Jackson, Kwesi understands the legacy of children being the catalyst for change in order for people to live in a better world . Last but definitely not least, Kwesi is one of the most sought after young thespians in the Entertainment business.The world clearly at his young but immensely talented fingertips, the Aries has a list of acting credits befitting of his royal ties. A body of work that includes starring alongside his favorite leading lady Academy Award nominee Taraji P.Henson and Mary J. Blige in Tyler Perry's #1 box office hit "I Can Do Bad All by Myself", Disney's "The Princess and the Frog", "40" directed by highly acclaimed Turkish director Emre Sahin, which Premiered at the 2010 Toronto Film Festival and now a lead role in the movie "Unconditional" starring alongside Lynn Collins and Michael Ealy.Kwesi is also a Series Regular on TNT's hit series "Men of a Certain Age" as Emmy nominee Andre Braugher's son Jamie Thoreau, opposite Ray Ramano and Scott Bakula. Additionally, Kwesi has made numerous guest appearances on Hit television shows such as "The Mentalist", "Hawaii Five-O" with Sean P.Diddy Coombs, "Southland", "Community", "Hawthorne" with Jada Pinkett Smith, "Daybreak" with Taye Diggs, "Days of our Lives", "The Shield", and "Strong Medicine", He is also a series regular and voices the role of "Darwin Waterson" on the hugely popular Cartoon Network new animated series "The Amazing World Of Gumball", proving that when it comes to greatness, the apple doesn't fall far from the tree.