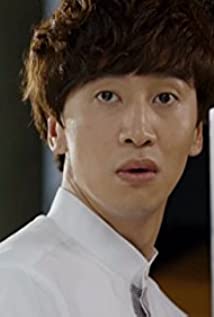 Lee Kwang Soo (born 14 July 1985) is an actor from South Korea. He began his career as a model in the fashion industry before first appearing in the SBS sitcom 'Here He Comes' in 2008.In 2009, Lee Kwang Soo gained wider recognition for his character in 'High Kick! Through the Roof', which was part of the viral 'High Kick!' TV series. Since 2010, he has starred in a popular variety show called 'Running Man', which propelled him to international fame. This also led to him being recognised as a central figure in the Korean Wave (Hallyu).He made his film debut in 2011 in 'Battlefield Heroes'. He later played in 'Confession', 'Mutant', 'Inseparable Bros', 'Detective Returns', and 'Tazza: One Eyed Jack' among others.Lee Kwang Soo's television work also includes appearances in the SBS drama 'It's Okay. That's Love' (2014), KBS2's 'The Sound of Heart' (2016), and the tvN dramas 'Dear My Friends' (2016) and 'Live' (2018). He has also appeared in cameo roles in a lot of dramas. These appearances are widely enjoyed by his fans.Lee Kwang Soo has received numerous accolades, including the 'Prime Minister Award' from the 16th Korean Popular Culture and Arts Awards (2016), and the 'Actor Excellence Award' in the 7th Korea Drama Awards (2014). He has also received awards internationally, such as the 'Asia Popularity Award' from China's Sina Weibo Night Awards (2016), and the Hong Kong YouTube Ads Leaderboard recognised him for starring in one of the most-watched TV commercials of 2015.

Busted! I Know Who You Are!

The Accidental Detective 2: In Action

The Sound of Your Heart

Descendants of the Sun