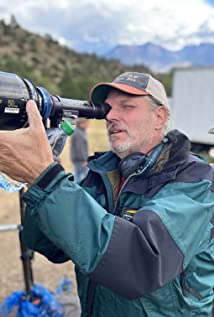 Kurt Soderling is a multiple award winning Director and has been a director of photography of aerial units/ second units in the feature film and television business for 25+ years.His accomplishments are easily seen through 125+feature films and television credits. Kurt has also worked on hundreds of commercials. Kurt made his feature film debut as an aerial cinematographer with the 1994 movie "The River Wild", and the 1996 film 'The Birdcage' after working for years under the tutelage of the late cinematographer John M. Stephens since 1986. Kurt has worked one on one with the top directors such as: Steven Spielberg,Tony Scott, Jim Cameron, Mike Nichols, Robert Zemeckis,Michael Bay, Jay Roach... The list goes on..He has learned from the very best.More@ www.aerialdp.comKurt has parlayed his experience into his production company Soderling Productions and has Written, Produced and Directed award-winning documentaries. www.Classof83Film.com He recently won 'The Award of Merit' for his Directing of the film trailer "Breakout", from the Hollywood Film Festival in 2013. Best action sequence and best short, in the "Action on Film" festival. More @ www.SoderlingProductions.comHe also donates a part of his time, energy and equipment on environmental issues by partnering with "The Whaleman Foundation", a non-profit foundation with the life works of Jeff Pantukhoff to help make a difference in our world and educating the public of our environmental impact to marine mammals. They produced a short called "Deadly sounds in the silent world" which won best short at the Jackson hole film festival. They continue to travel the world with celebrities, and document their interaction with marine wildlife. www.SaveTheWhalesAgain.orgKurt also gives back to his Alma Matter "Chapman University" were he teaches seminars on film making, is on the Board of Alumni Academic Advisors, and hires Chapman film students and Alumni in productions to assist them in the transition to the world of production. He received the "Alumni of the year" award in 2000, and was the recipient of the "Lifetime Achievement Award" from the schools Film and Television department in 2003. Kurt is an Adjunct faculty member and teaches, Visual Story Telling and Cinematography at the Dodge School of Film and Television.Kurt has been married to his beautiful wife Melinda for 17 years, and they have 2 beautiful children, daughter Logan (15 years old) and son Luca (12 years old). Kurt and Luca share the same birthday of April 20th.