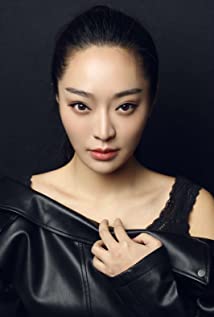 Kunjue was born in Danling, a village near the mountainous region of southern China (Sichuan). Growing up she was a tom-boy and leader of the pack amongst her play-friends and started horse riding at the age of five. Her family moved to the city when Kunjue was 10 years old for a better education and she stared dancing and took up taekwondo training until she was 15. Kunjue was sent to to UK by her family to study at the prestigious London School of Economics obtaining a BSc in Economics and a Masters degree in International Relations.Kunjue had always wanted to be an actress ever since she was a little - but growing up in a very traditional Chinese family that was never a choice. So Kunjue saved up until she could quit her job and auditioned without her family knowing and won a place at the coveted Drama Studio London. She completed her Masters degree in Acting and signed with her first U.K. agent in 2013. Since then she has worked on BBC dramas including Ripper Street, Peaky Blinders and the award winning mini-series One Child. She resumed her martial arts training and won her first leading role in 2016 in a Discovery Channel docudrama entitled Ancient Assassins. Kunjue played the infamous Japanese female warrior Tomoe Gozen, who was also a concubine of the Emperor. She decided to branch out and signed up with an agent in China at the beginning of 2017 where she has landed roles in several upcoming features and TV series.Kunjue had stared in three short films that was selected in Cannes Film Festival in three consecutive years since 2014. She was awarded Best Leading Actress in China UK Microfilm Festival 2015. She was honored in June 2017 by established UK-based charity, Arts for India (AFI), with the 'Young Icon Award' for her contributions in Film, Television and Theatre at BAFTA 195 Piccadilly, in London. Golden Globe winning director Shekhar Kapur presented her the award.Having a business background, Kunjue is also working as a producer. Working with Robert Mackingtosh, she associate produced Andrew Lloyd Webber's West End musical "Tell Me On A Sunday". She worked with Julian Stoneman transferred Broadway musical "Urine Town" to London West End. She produced and acted in a theatre production named Harajuku Girls in Finborough Theatre London, where she played two different characters on stage and had won five star reviews. She is now producing her first feature film called 'Happy Birthday Cindy Wei' which is adapted from an award winning short film. Kunjue is keen on creating more work opportunities for women in the industry. She is one of the founders of Equilibrium Promotions, a nonprofit organization that works with Soho Theatre to promote the work of female writers and directors.

Knights of the Damned