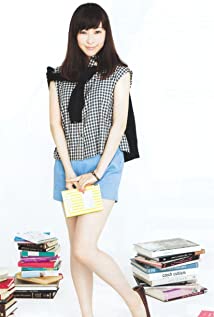 Born Hiramaru Kumiko in Chiba Prefecture's Sanbu-gun (now separated into Sanmushi and rural Sanbu-gun), which is next door to Narita, Japan on the 17th of June 1978, Kumiko Aso began her film career with 1995's Bad Guy Beach despite a lack of interest in acting at the time. It was 1998's Dr. Akagi, which introduced her to a wide audience in Japan. She garnered Japan Academy Prize for Best Supporting Actress for this film. Ironically, her manager had sent her to this movie's auditions and Kumiko would claim later she was not even sure what she was auditioning for. Either way, this film would not be the last, which would accord her an award. She had initially aimed to become a pop star and had sent an application for an audition. She participated in a Japanese schoolgirl audition for the Young Jump weekly magazine, which she won in 1995. She has become a well-known actress, model and product representative in her native country. Aso has also starred in a couple of Kiyoshi Kurosawa films, had a cameo in the cult film Tenten and became a stalker in Moteki, by which time she had cut her hair for an older look. Earlier she had expanded her horizons and played a leading role as an Iranian-Japanese in the 2007 Iranian film Hafez. She had contemplated quitting acting in 2006, but persisted in the profession because she enjoyed her time in Jiko Keisatsu TV serial. She married stylist Daisuke Iga in late 2007 after dating for four years and gave birth to their daughter in 2012. She gave birth to a boy in 2016. She cites reading manga as a hobby. She is signed to the Breath talent agency.

If You Kiss Me Then

Fly Me to the Saitama

Nishino Yukihiko no koi to bôken