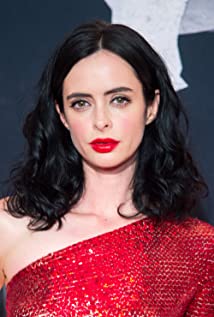 Krysten Ritter stars as Jessica Jones in the Peabody, Hugo, and Emmy Award winning Netflix original series, Marvel's Jessica Jones (2015). Her performance, which earned her a prestigious Critics Choice nomination, a Saturn nomination, a Webby Award and a Glamour Best International TV Actress Award, has received rave reviews with the show being celebrated by critics and audiences alike for its groundbreaking depiction of a reluctant anti-super-heroine with an alcohol problem and a wicked case of PTSD who will not let a sexual assault from her past define her. She will also play Jessica Jones in The Defenders (2017) and the second season of Marvel's "Jessica Jones".Additional acting roles include her critically acclaimed turn as Jane Margolis on AMC's hit series, Breaking Bad (2008), the titular character in the cult favorite Don't Trust the B---- in Apartment 23 (2012), Big Eyes (2014) directed by Tim Burton, indie darling Listen Up Philip (2014), Life Happens (2011) which she co-wrote and co-produced, as well as roles in Veronica Mars (2014), The Blacklist (2013), Confessions of a Shopaholic (2009), and She's Out of My League (2010).Growing up in a small-town farm in rural Pennsylvania, Ritter started her career in front of the camera as a model at 15-years-old. Her body of work has subsequently spanned film, television, theatre, writing, producing, music, and fashion design.In 2012, Ritter launched her production company Silent Machine where she juggles many projects in various stages of development, always with the objective of highlighting complex female protagonists.Ritter and her dog Mikey split their time between New York and Los Angeles.